Metroid Dread has been a long time coming. It’s the first 2D Metroid game in nearly 20 years and a direct sequel to Metroid Fusion. This project has been rumored for years, as most fans of the series will know from the ‘Project Dread’ reference in Metroid Prime 3. The Metroid series wasn’t the strongest accomplishment for Nintendo, as evidenced by the unpredictable release of titles over the years. Evergreen franchises like Mario and Zelda almost always have a game for every Nintendo console / handheld generation, but the Metroid games don’t have the same regularity. Let’s take a look at Metroid Dread and see if this title has what it takes to give the series that much-needed boost. 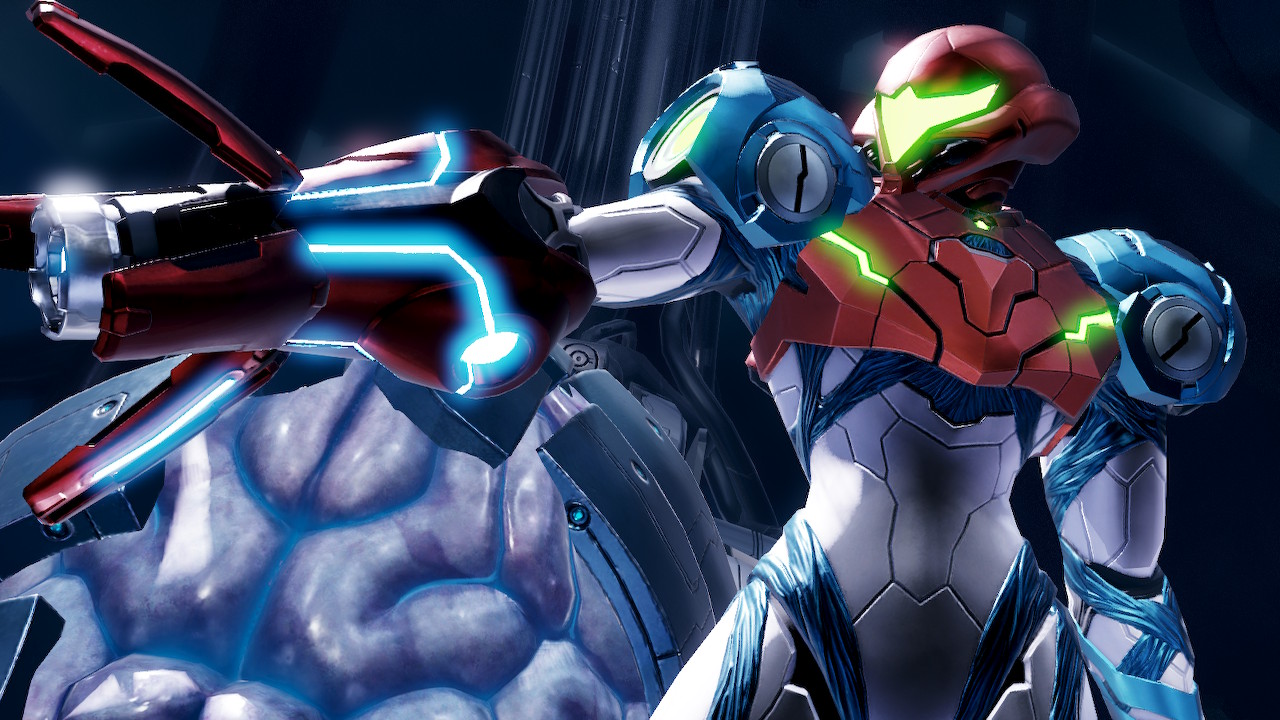 Metroid Dread, like most, begins with a broadcast. With the events of Metroid Fusion fresh in the minds of the galaxy, a new video purporting to show an X Parasite alive and well on planet ZDR has caught the attention of not only the Galactic Federation but Samus as well itself. The Federation first decides to send a number of robots (called EMMI – Extraplanetary Multiform Mobile Identifier) ​​to the planet to deal with the situation. However, when contact is lost it becomes clear that some “bigger guns” are needed. Samus is called to action and travels to the ZDR to investigate. 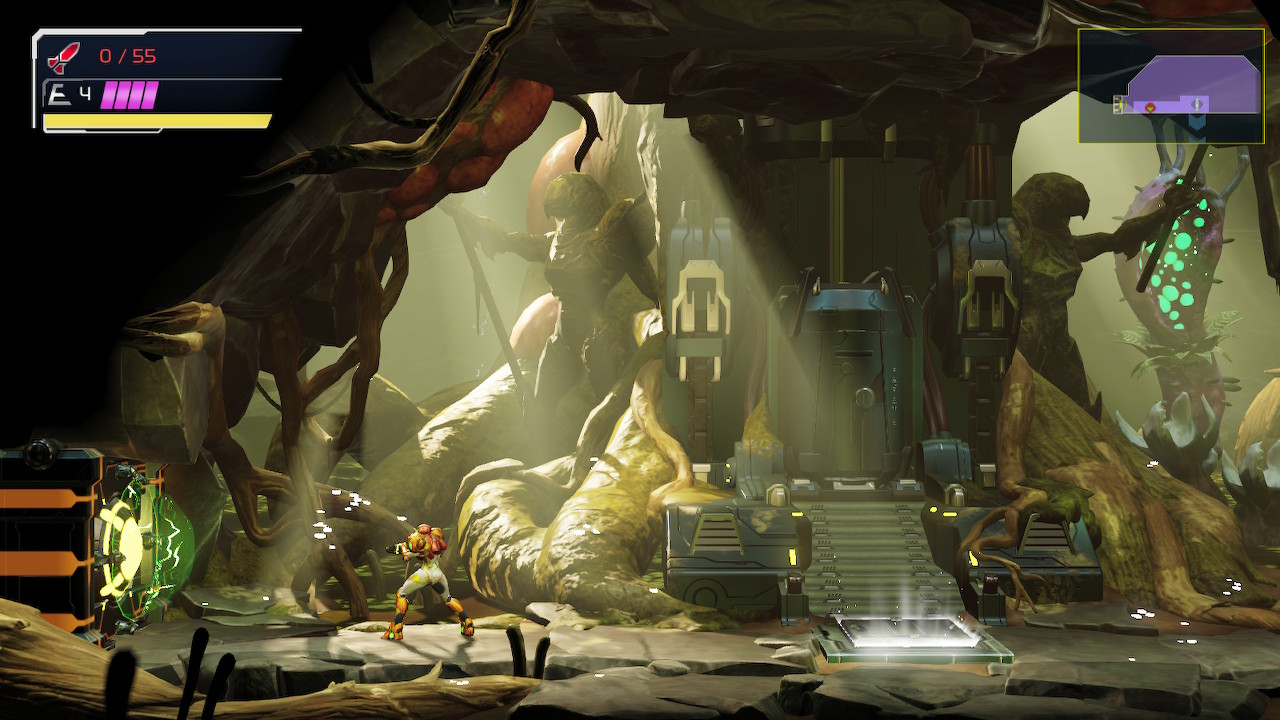 Let’s start with the gameplay. The fluid combat is possibly the best in the 2D Metroid series to date. I know this is a strong statement, but I really don’t remember Samus being in any better control than she does in Dread. By adding the slide and the melee counter while moving, Samus can be on the move more often. This will undoubtedly delight the speed runners everywhere, but it also makes it much more immersive and entertaining for the normal gamer. I say immersive because when you feel like you can do whatever moves you think your character should be able to do, that connects you even more with the character and the world. When you see Samus doing slides and flips in the cutscenes and you can do any of those moves in the game, it’s a really cool feeling – it makes you feel like Samus. You can tell that the developers at MercurySteam prioritized animation and gameplay to make sure players feel powerful yet precise. The game runs at 60 FPS and I’ve rarely seen a performance hit. 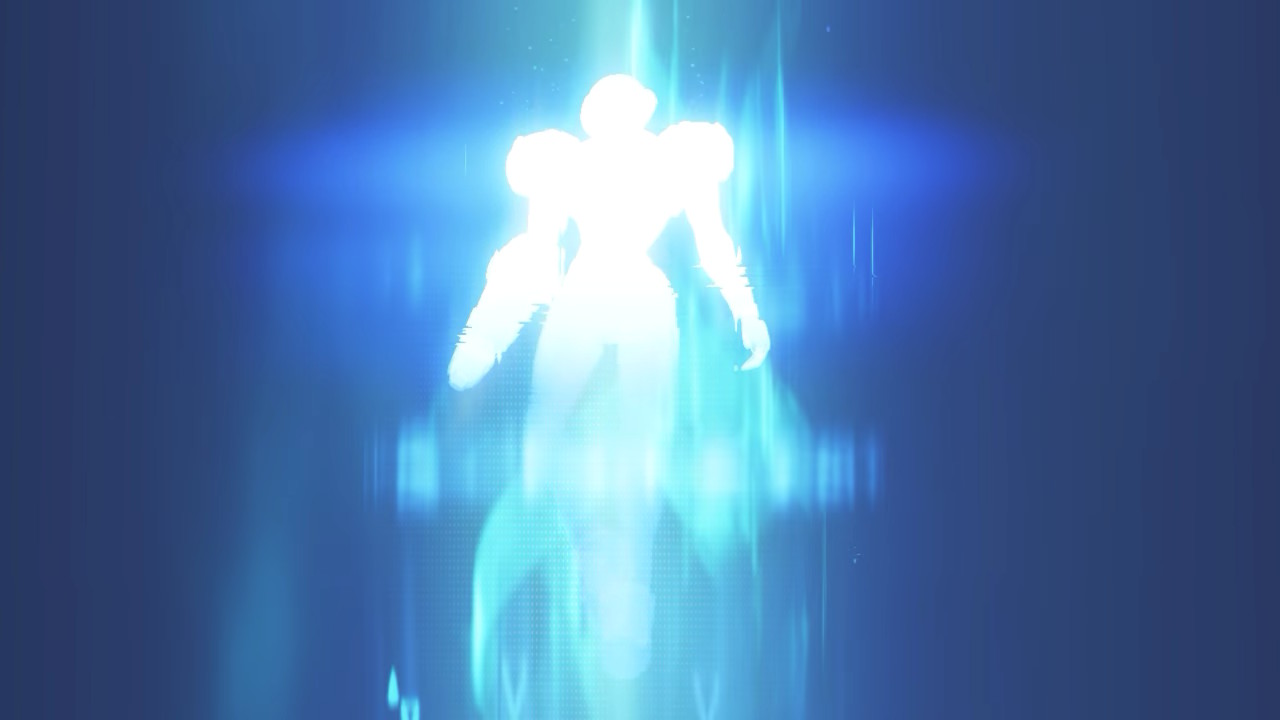 All the usual trappings of a Metroid game are here: maze-like worlds to explore, loads of new and returning items to hone Samus’ skills, and boss fights that are epic in size and execution. Even if you fail in Metroid Dread, you’ll know why right away. “I could have dodged that attack and then did the melee counterattack” or “Oh, I just missed my chance to do the melee counterattack, but I’ll have it next time!” It’s challenging, but very rewarding, if it is successful not only in boss fights but also in other enemy encounters. 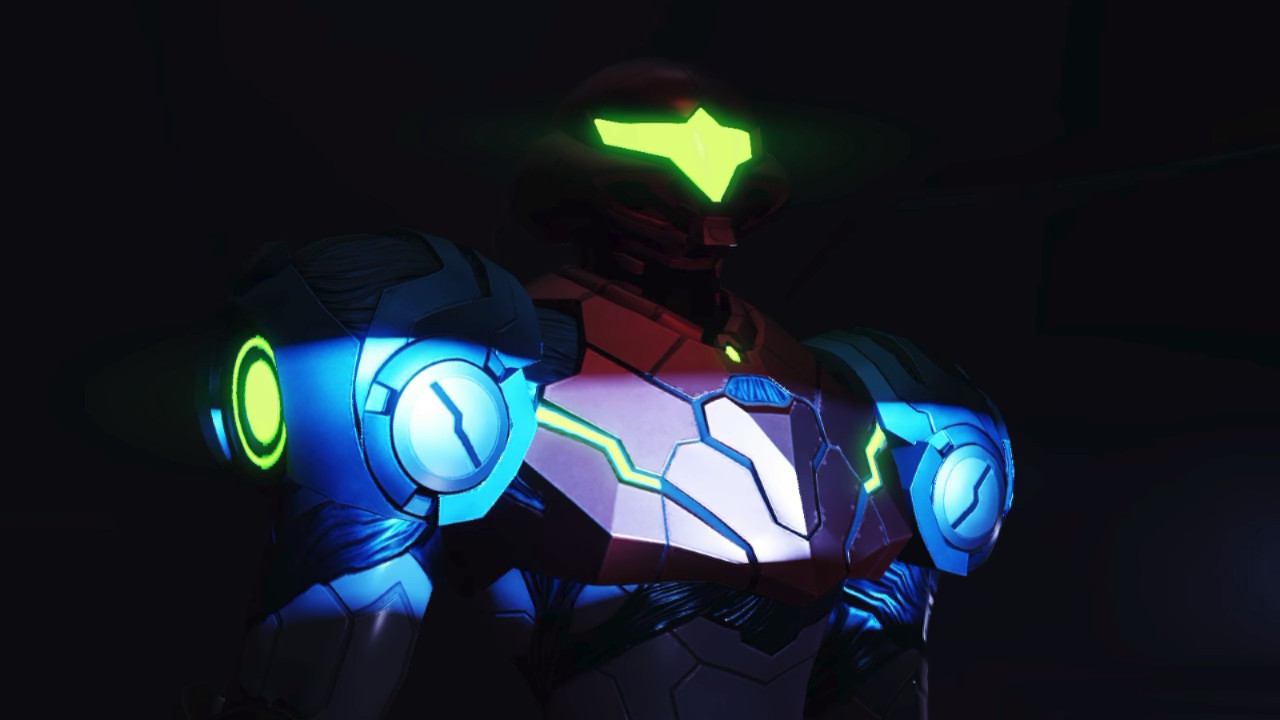 Believe it or not, this is the first Metroid game released for an HD-enabled Nintendo system. Granted, the only HD system from Nintendo before the Switch was the Wii U, which only had a lifespan of 4 years, but it still does. Metroid Prime 4 will surely stun once launched, but Metroid Dread got the party started early. The surroundings are beautifully detailed with excellent lighting and shadows. Each area fits the “mood” of Metroid Dread and is still unique and colorful in its own way. I also loved that the cutscenes were all in-game and even allowed players to interact as Samus during certain cutscenes. Let’s say you are in a boss fight and there is a cutscene where you do a melee counter. Samus is seen throwing the boss down or sliding around and you can freely fire your missiles or energy beam during this time. It felt really great that the counter is not just a simple quick time event (QTE) but still has some damage that the player can do during the sequence. This is further expanded to include the EMMI encounters, where the camera zooms in and adjusts the angle so that it is almost behind Samus while the EMMI keeps getting closer. The players are then tasked to melt the protective layer off the EMMI and then fire a precise kill shot. It’s a tense moment every time, but, as mentioned, very rewarding. 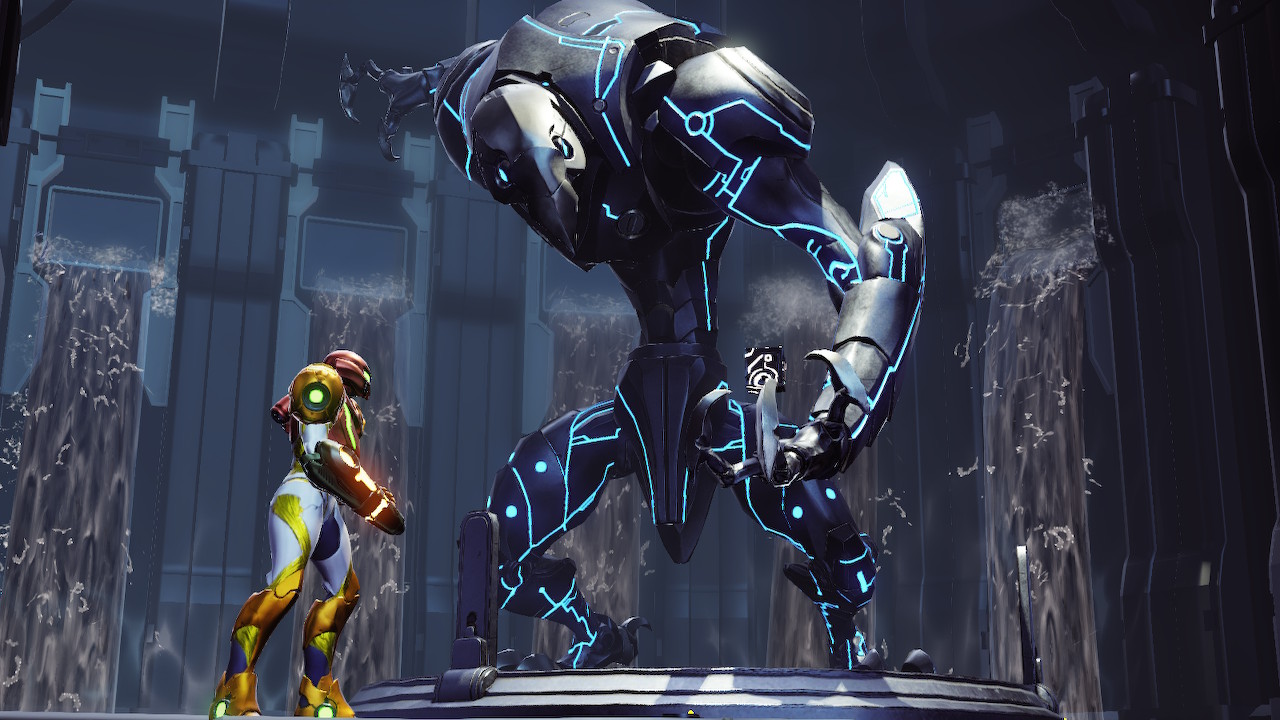 Almost everything in Metroid Dread is blown away: gameplay, presentation, pace. However, there are a few things that could be a bit frustrating for both new and seasoned players. I felt that the world layout was a bit dull even after gathering all of the main skills. There were still certain elevators that you had to take to reach areas and I often had to walk the long way. Occasionally there was a shortcut that I discovered, but it felt even more frustrating than previous games to explore and find everything. Speaking of which, finding everything is going to be tough, especially with the Shinespark ability. It was incredibly difficult to get the timing right to “store” a shinespark and then get to a specific point in the room where you had to activate it in order to access a missile upgrade. Fortunately, most of the very hard to get hold of items are just rocket upgrades, so those looking for power tanks won’t have too much trouble. But for players who are doing a 100% run it will be more frustrating than fun at times. 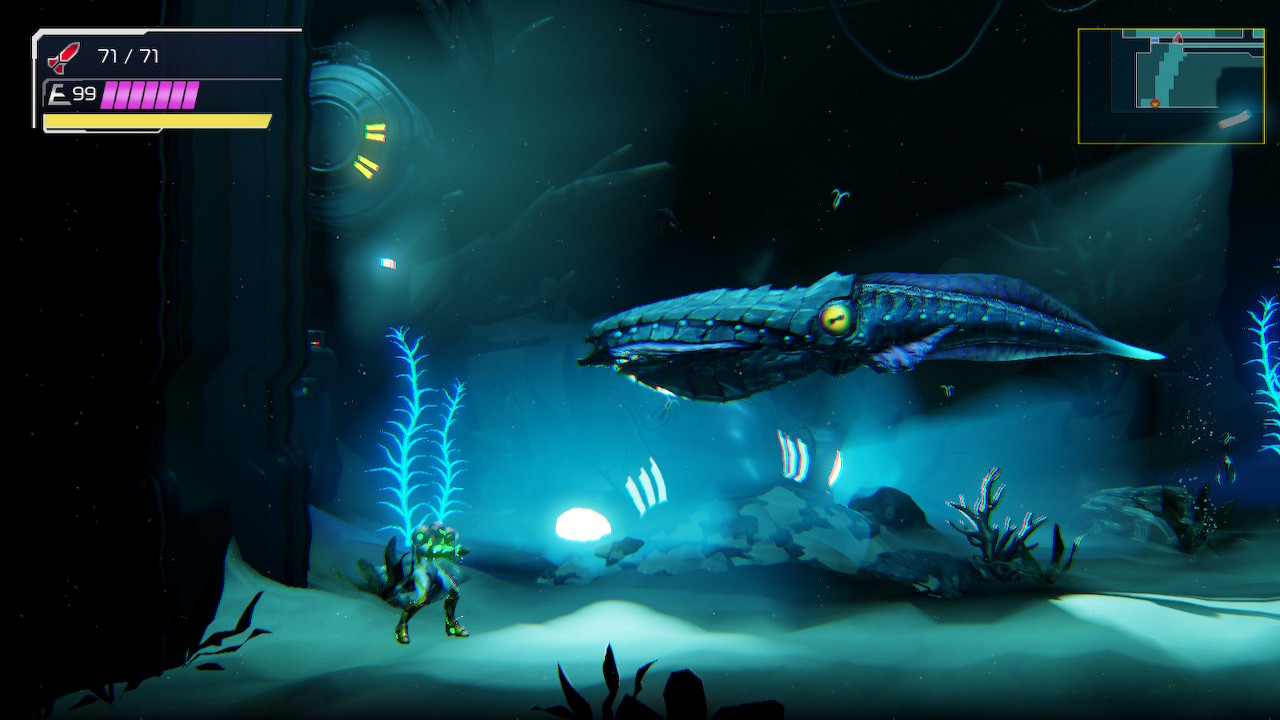 Overall, though, Metroid Dread is excellent. MercurySteam has proven itself to be more than a worthy steward of the 2D Metroid games. They understand the genre and what fans of Nintendo’s extraordinary bounty hunter are looking for. Metroid Dread is simply a must have for newbies and fans alike.

Previous Everything you need to know about Genshin Impact version 2.3, shadows in the middle of blizzards
Next Fortnite x Naruto: Teaser discovered in Japan