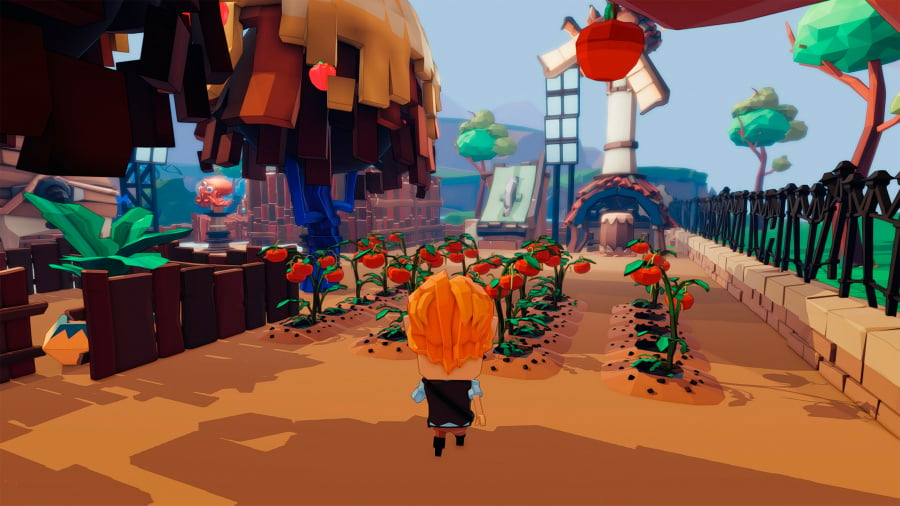 Epic Chef mixes different ingredients to create something pretty tasty. It’s a story-based adventure game about a man named Zest moving to a new town and rising up the culinary ranks, but the gameplay isn’t all about cooking. As you put together numerous recipes with weird and wonderful ingredients, the game is also a craft and life simulation experience.

It’s an unusual mix, but it works pretty well. A day / night cycle means Ambrosia townspeople run their routines by the clock, which means shops aren’t always open and NPCs show up in different places depending on the time of day. If you have a quest that you can’t continue until evening, you can spend the day planting seeds in your garden, making materials to make new items, or experimenting with new recipes in the kitchen.

A big part of the game are the cooking battles, in which you and an opponent cook your best food and a judge decides the winner. The cooking system is superficially simple – you toss the ingredients in a pan and stir until everything is cooked – but it’s more nuanced than that, with exploring synergies, delaying stirring to build up flavor, and adding sauces to spice up the flavor . Once you get a taste for it, it’s a pleasant system.

It takes a while for the game to really warm up; The opening hours are supposed to get established fairly quickly, but once you’ve got all that behind you, there’s a pretty solid adventure to be enjoyed. Some aspects can leave a strange aftertaste; Charging breaks the game between areas, which makes getting around feel a bit clunky. The presentation is also a bit crude, with multiple fiddly menus and blocky characters that don’t quite hit the mark. However, the hilarious writing and crazy story paired with simple but effective gameplay make for a fun adventure for your inner foodie.