One aspect I’m particularly proud of is the brand new Chaos Theory mode. This is where you take responsibility as you relive pivotal moments from the Jurassic World film franchise in a series of “what if” scenarios. The rich lore of Jurassic World Universe provided such amazing inspiration for Chaos Theory mode. We wanted a way for gamers to rediscover and recreate their favorite movie moments. By focusing on each of the five films and a specific cornerstone in those films, we can incorporate iconic characters, stories, and locations that we then work on in different challenges.

Whether you’re realizing John Hammond’s dream of a functioning Jurassic park, showing off a T. rex at the San Diego Amphitheater, or building and operating a new Jurassic World park, control events like never before in the Jurassic World franchise.

There are five levels in total. The first takes place where it all began: Jurassic Park. This is where you bring John Hammond’s original vision to life. On Isla Nublar, you will try to avoid the disasters we see in the film and welcome the first guests to the park. Authenticity is key, so we’ve made sure that in addition to all of the well-known dinosaurs you will remember, it also includes all epoch-specific Jurassic Park buildings such as the iconic visitor center as well as the famous entrance gate. 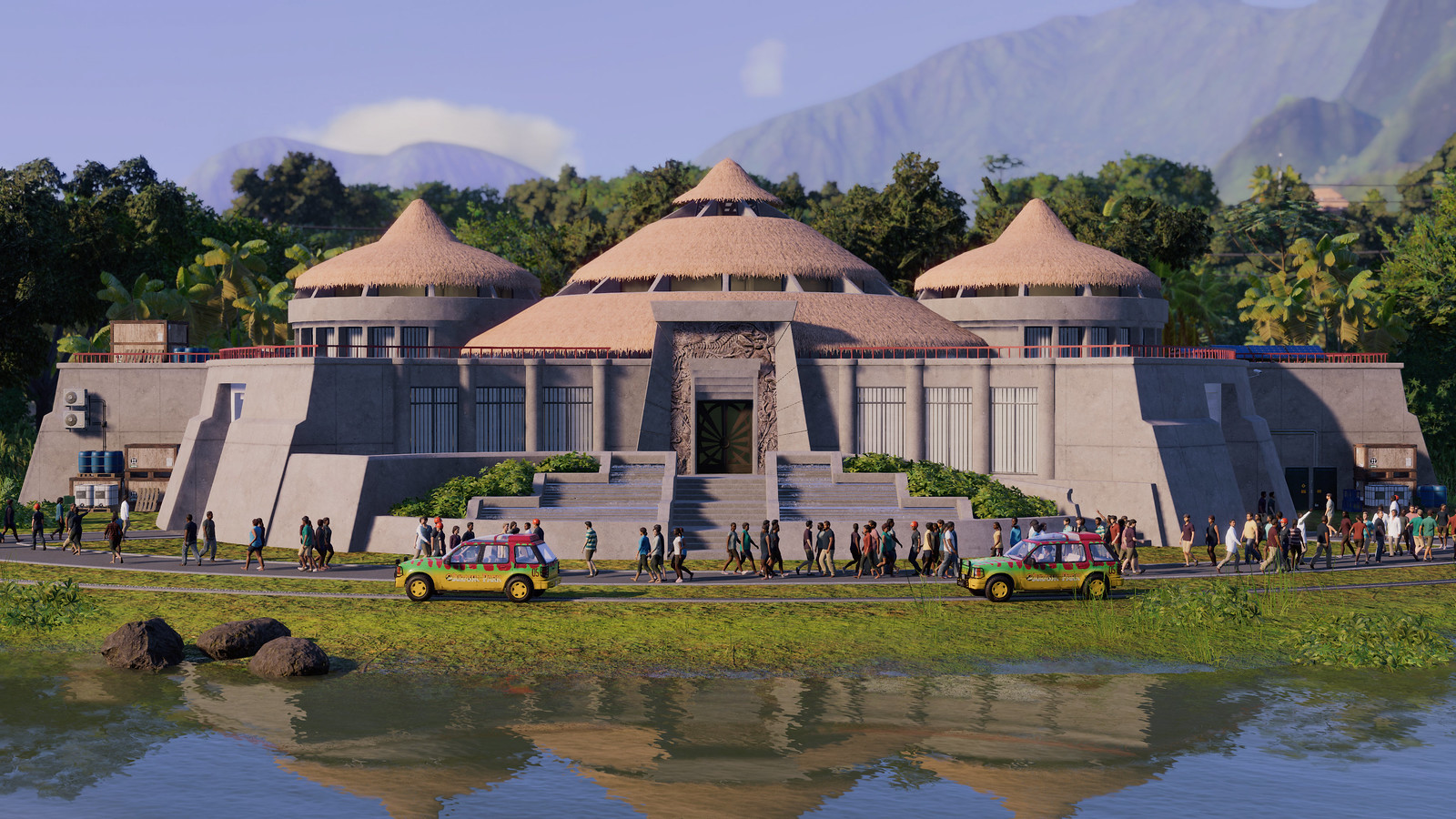 In Jurassic Park 3 level, work with Simon Masrani to save the dinosaurs that will spawn Jurassic World. This takes place on Isla Sorna and includes finding, monitoring and releasing dinosaurs. One of those dinosaurs is the wild Spinosaurus, a towering carnivore that caused trouble for a T-Rex in the movie. In the beautiful tropical setting of this scenario, you can even spot the iconic aviary in the distant valley that captures the feel and excitement of Jurassic Park 3.

The final Chaos Theory mission I’d like to expand is our tribute to Jurassic World. In this level, you’ll pick up where you left off with Simon Masrani to create Jurassic World and work with another iconic character, Dr. Wu (voiced by BD Wong) together to see if you can avoid the mistakes of the past. You’re responsible for creating iconic landmarks and moments like the Innovation Center, Mosasaur Lagoon, Gyrosphere Tour, and even a one-of-a-kind hybrid dinosaur: the Indominus Rex. 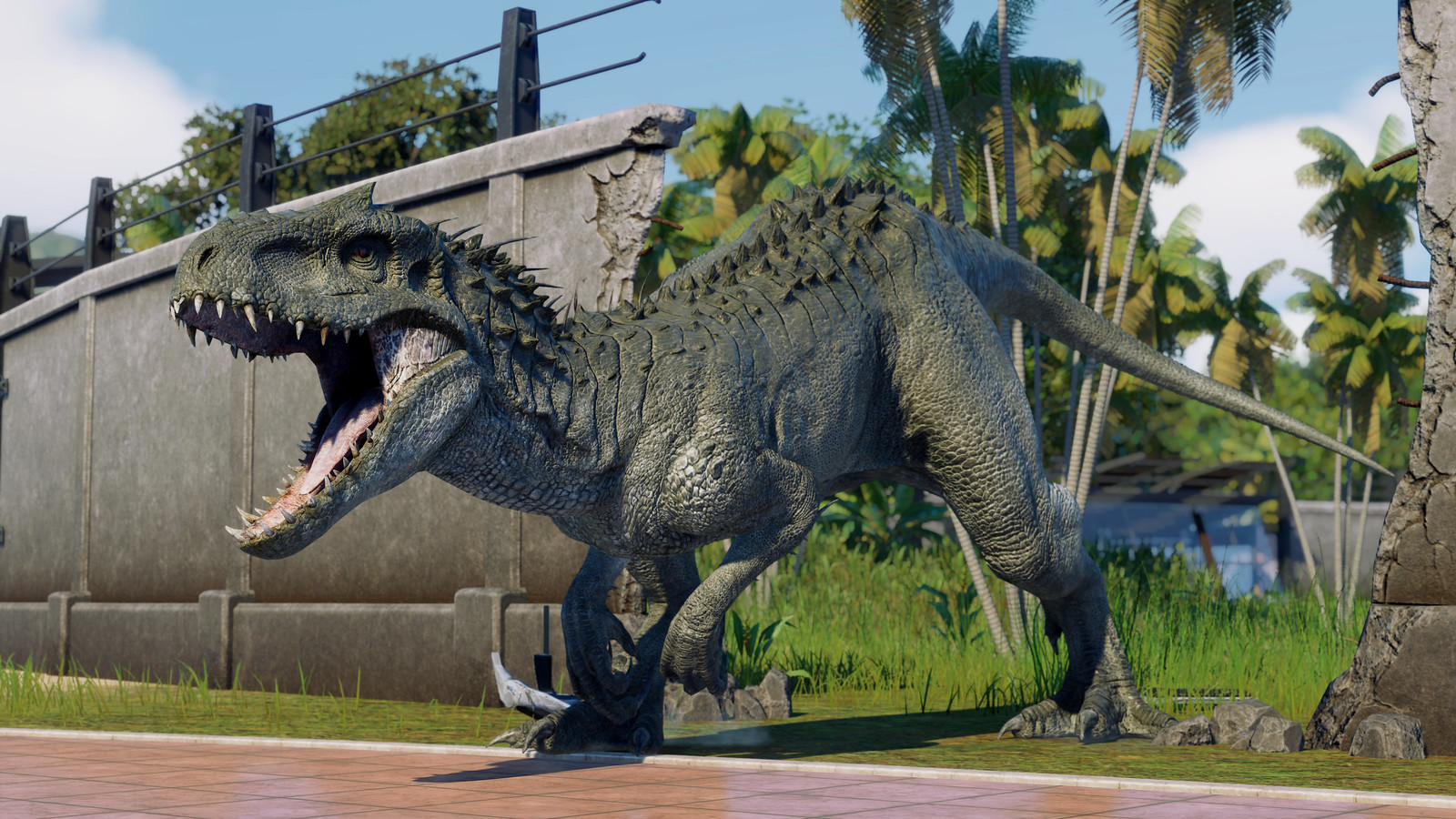 Researching Chaos Theory was a lot of fun as we mostly watched each movie in the series many, many times to find out details that we thought were funny or interesting. For example, when we recreated the San Diego Amphitheater in-game, we had to look at how it would fit, look and feel, and how our guests and dinosaurs would interact with it, while at the same time staying true to the presentation of this iconic building in the movie. As you can imagine with five films, it was quite time consuming, but in the best possible way. We also introduced a member or two of the design team to the original Jurassic Park films because they’re so young they weren’t even alive when they came out!

I hope you enjoyed this deeper dive into Chaos Theory mode and we can’t wait for you to take control and create your own Jurassic World when the game launches on November 9th. Pre-order now on PS5 and PS4 and receive three inspired vehicle skins from The Lost World: Jurassic Park. 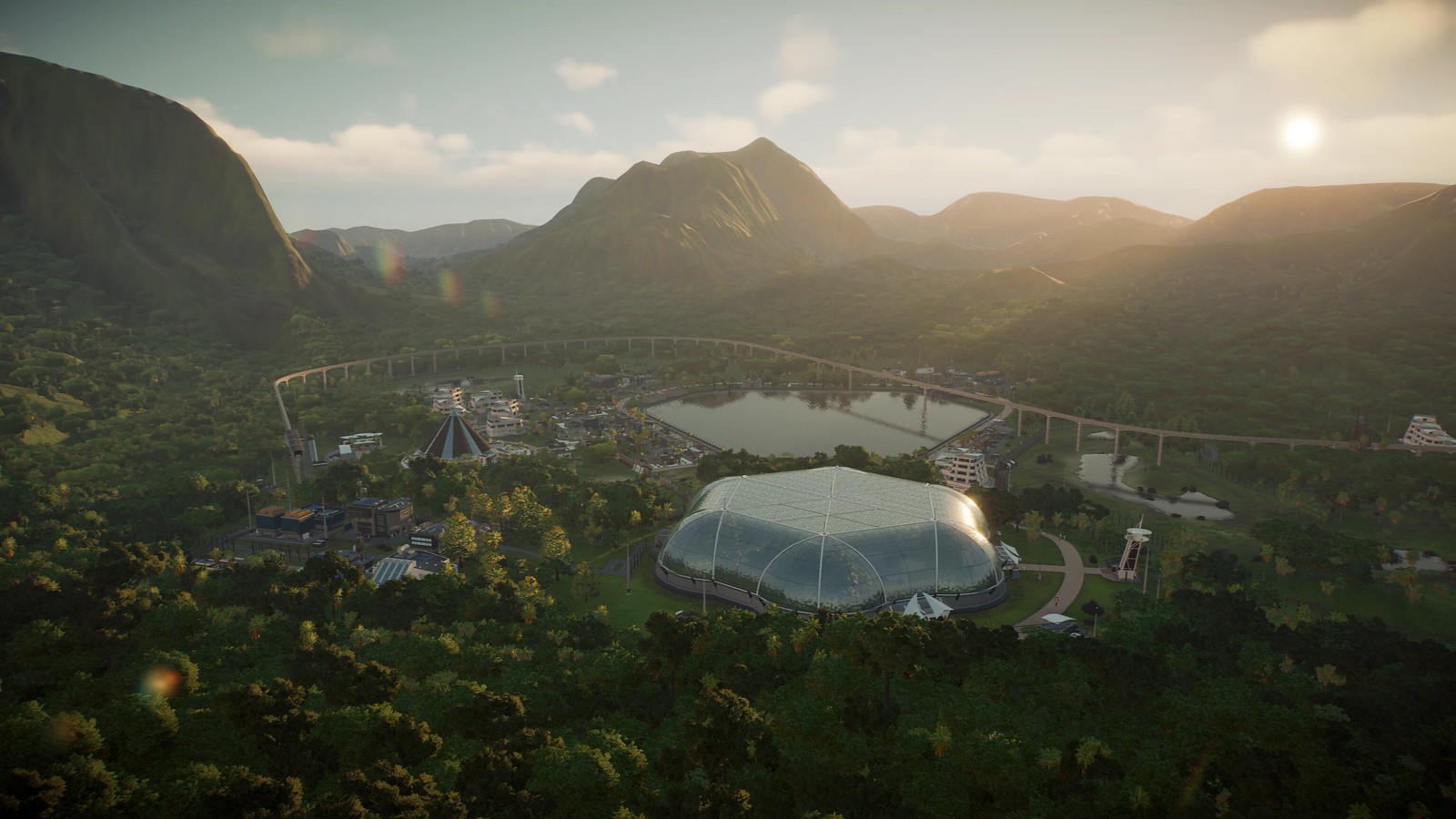 Previous Japanese Charts: Mario Party Superstars climbs to the top in a busy week for new releases
Next Total War: Warhammer III will be released with Game Pass for PC on February 17, 2022