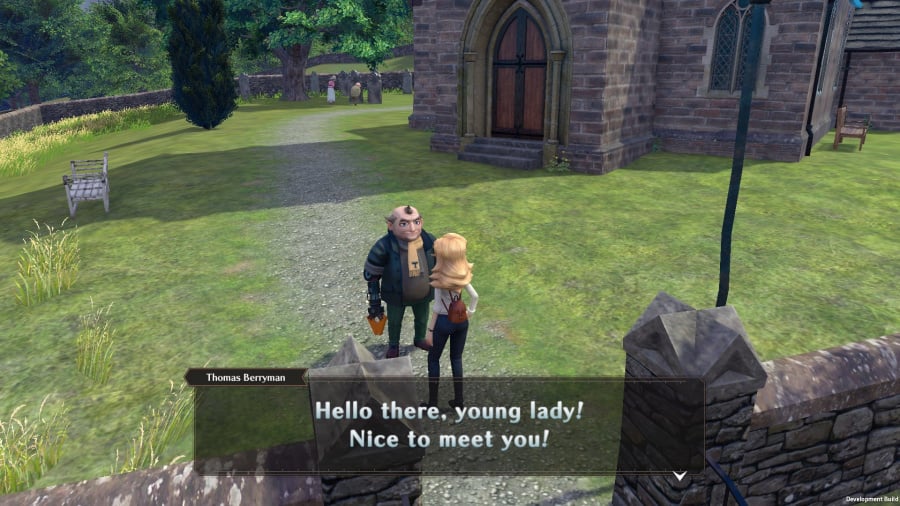 In an industry that advocates violence and gore, it’s always refreshing to play something that nature favors and instead encourages. Sure, punching a leprechaun in the back of the head is great. even cathartic. But sometimes, just for a change, it would be nice to stroll down a quiet English alley before enjoying a delicious lukewarm pint in a dusty old pub.

For better or worse, this is the experience of The Good Life, the newest game from Deadly Premonition creator, Hidetaka ‘SWERY’ Suehiro. It’s a smooth RPG-inspired adventure that is absolutely not for everyone.

As photojournalist Naomi, players must uncover the dark secret that lies at the heart of Rainy Woods, an ethereal representation of an English country interpreted through the lens of a Japanese development team. Most of the time is spent exploring the game’s weirdly expansive map, riding sheep to complete an endless list of fetch quests and photo challenges for the city’s bizarre residents.

SWERY fans will be pleased to know that The Good Life is practically the life simulator sections of Deadly Premonition expanded into a full game. The residents all have their own schedules and routines. Players must keep Naomi full and stress-free by eating plates of sautéed hedgehog and drinking a glass of amber ale daily.

Unfortunately, myriad pesky problems taint this relaxing mechanical foundation. Some mandatory sections of the game are frustrating to the point of squalor, such as a specific mini-game where you have to balance a ball that you have little control over on the slipperiest seesaw on the planet. Not to mention, the entire game is plagued by a constant bug that causes the city and various other environmental issues to flare up and down when playing on a PlayStation 5, and the game runs almost flawlessly on a PS4.

For those who like bizarre interactive experiences, The Good Life is an essential curiosity not to be missed. For everyone else, this is a barely functional task that is guaranteed to be frustrating and confusing.

Still, you have to leave it to SWERY: nobody else makes games like this.

Previous How to get the Timothée Chalamet and Zendaya Dune skins in Fortnite
Next New sequel to Splinter Cell in development at Ubisoft, the report says