HIX: Puzzle Islands is a surprising game. It aims to create a puzzle experience that is fun, addicting, and tricky enough for adults but easy enough for kids. It’s a balance that’s not easy to strike, but HIX does it in style. It easily deserves its E-rating as this is a title that can be enjoyed by anyone.

The light-hearted story is about an angelic man named Hix who argues with his brother Dix – he essentially forgot to take him out to fish. His brother, who wears a red outfit reminiscent of a Halloween devil costume, doesn’t like to be left out. He goes on a rampage all over the world and shuffles the paths between the cities along the way. Your mission, should you accept it, is to follow Dix from island to island in order to clean up his mayhem.

It’s all very innocent and cute, presented in a cartoonish way. The colors are vivid and pop off the screen. Even small details made me smile, like the tiny people in cars and other modes of transport that roam the streets as you put them back together. The word “charming” quickly came to mind while playing.

Each level is a mix of puzzle and sliding puzzle with hexagonal pieces that need to be swapped out to connect the streets between the cities. You can swap out any two pieces, though you’ll get a few freebies to get you started. This simple concept works very well and creates a puzzle that is easy to master, but gets trickier and more complicated as you progress, adding more cities in later levels.

There are tons of puzzles to solve – 180 even. These are spread across six large island worlds, each of which is locked until you cross the previous one. I appreciate that you can choose your own path through each world, which means you don’t have to complete all 30 levels to advance. However, if you are a completer there is a lot to keep you going.

Another element that I love about this game is the fact that it has full touchscreen controls. Given its mobile origins, it’s not a complete surprise, although I’ve played other ports that lack this ability. I’m happy to say that this is a port that passes well and that seems legitimate to exist on the switch. 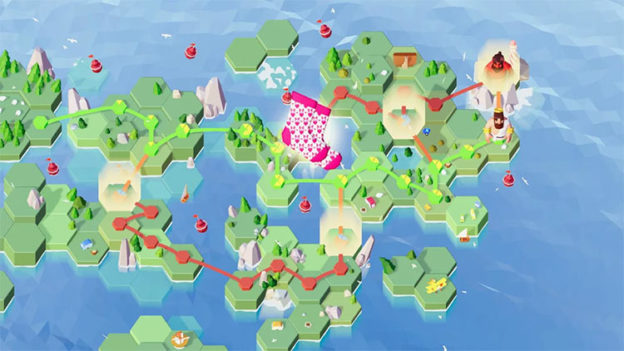 The music is great too. It sits neatly in the background as a happy yet relaxing backdrop for each puzzle. There is something just adorable about the melodies, I can’t quite tell, but they add to the cute and cartoonish aesthetic to make for a pretty happy experience.

I also appreciate the pointers available if you get stuck. The puzzles can be tricky when connecting multiple cities, but a clue from Hix will highlight two blocks to move around. It keeps frustration to a minimum and helps find the balance between relaxation and challenge. It also makes it accessible to a younger audience while still keeping it relevant to an older audience.

It’s hard for me to fault this game as I enjoyed playing it so much. My only suggestions would be to add an “undo” button in case of mistakes. You can also add some longevity to the game by adding some sort of star rating or a time-based approach to the levels, although that might detract from the relaxing nature of the title. 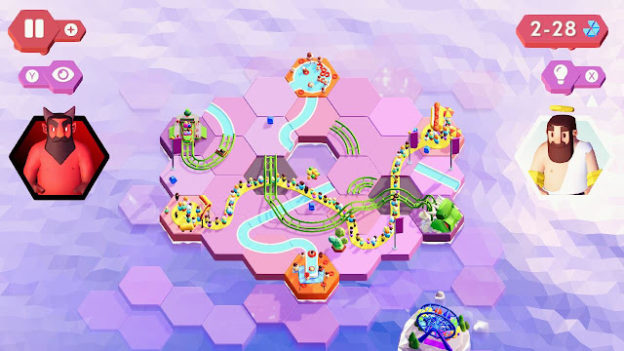 Overall, HIX: Puzzle Islands is a super fun game with relaxing puzzles in a cute and well-designed world. It strikes the perfect balance between tricky and satisfying and is one that I keep coming back to.