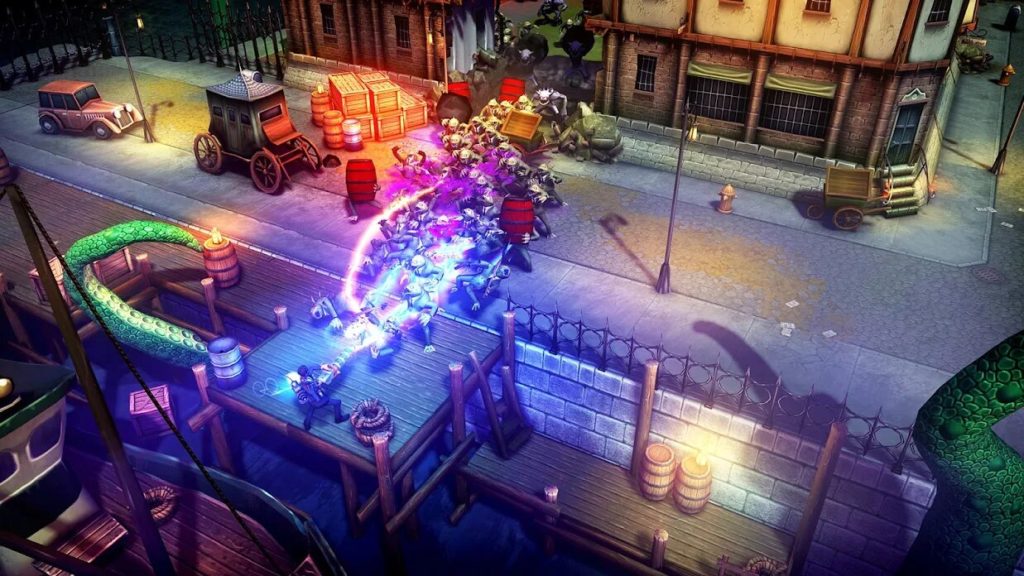 A few months after landing on iOS, 10Tons released its top-down twin-stick shooter Roguelite Tesla Force on the Play Store. It’s a crazy, brilliant blaster, and it’s definitely worth your attention.

After Tesla accidentally opens an interdimensional rift that lets in swarms of terrifying creatures, it’s up to you to get rid of them. Mostly by shooting them in puddles of bloody soup.

You will often die in your search, but that is not the end. Instead, you will be taken back to your base and given the opportunity to hone some skills. Then it’s back to the shoot. There is a lot of shooting.

All sorts of crazy weapons and power-ups are available to you, from simple weapons to lightning-fast neon death machines. And you can turn into a stubby science robot too.

If you’d like to try Tesla Force – and we imagine you do – you can click here to download it from the Play Store. It will cost you $ 5.99, and there is more than enough chaos and destruction to warrant the purchase.