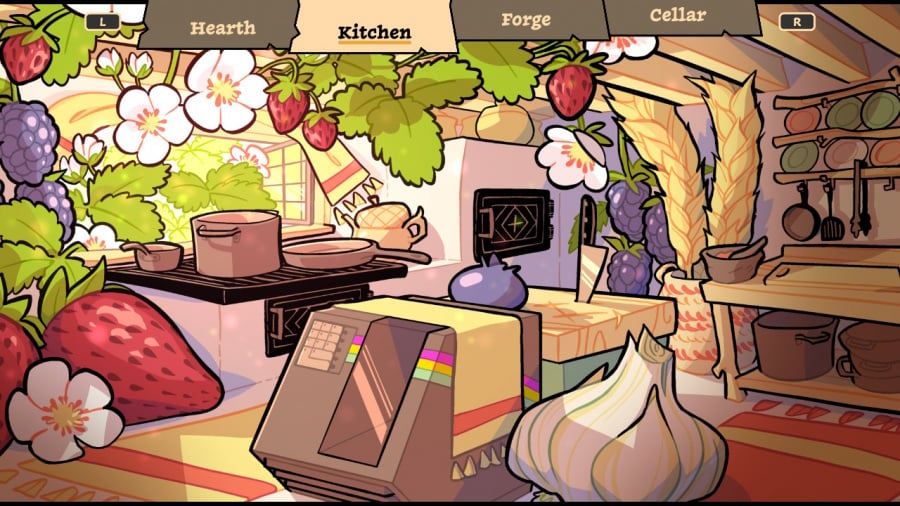 Beast Breaker puts you in the role of Skipper, a brave little mouse whose job it is to kill giant (well, a mouse …) beasts that threaten the peaceful life of cities and settlements inhabited by other adorable animals . You do this by engaging with the gameplay, which is pinball on the one hand and strategic role-playing game on the other, which turns out to be a surprisingly excellent combination with lots of interesting ideas. The main objective of each fight is to kill another giant crystalline monster, each made up of a series of interconnected pieces with their own health bars. Only if you destroy one of these parts – the core – will the monster be killed instantly, but often you don’t have a direct shot or have to knock off other parts before you can get there.

Skipper is given a limited number of actions per round, and you then choose from a menu of attacks that usually result in him hurling himself at the beast and bouncing off his crystalline skin at high speed. You will get an indicator of where the initial flight path will go, but Skipper will often bounce off multiple surfaces before coming to a stop. So an effective twist is one in which you string things together only so that it hits several surfaces at the same time, but one also has to consider its end point. Each round, a red zone is marked on the field, indicating where the monster will strike, and if you end a round in this zone, Skipper suffers a hit and loses his health.

It sounds simple at first, but this gameplay quickly shows that it has a lot of depth. There are other weapons, like a bow or hammer, and each type of weapon has a different outfit to change your play style. Then there is the fact that certain actions build “charge”, a limited resource that you spend in order to use the more powerful skills in your moveset. Plus, every battle is triggered by a brief 4X-style user interface where you navigate a small board looking for resources that will give you an edge in battle while the beast stalks quietly across the map. It doesn’t take long before the seemingly simple game shows that it has a lot more ambition than you might think.

Fortunately, the presentation turns out to be just as well executed as the gameplay, aiming for an aesthetic that vaguely resembles Flash games but has a lot of personality. Character portraits are generally expressive and cute, while the gameplay interface is intuitive and doesn’t drown you in too much detail.

Beast Breaker is the epitome of a hidden gem and we strongly encourage you to try it out. Like its main character, this game may be small, but it turns out to be extremely effective at what it is supposed to do. Creative, addicting gameplay and surprising depth combine to create an experience that will surprise you by how captivating it is.