Big budget Japanese role-playing games are a rarity these days. Aside from obvious pillars like Final Fantasy and Dragon Quest, it’s a genre that often has to make do with cheaper production. Either you get your breakout hit – like Atlus with Persona 5 – or you are underestimated for what feels like an eternity, as was the case with Falcom’s The Legend of Heroes franchise.

Bandai Namco’s Tales range is somewhere in between. The mainstream popularity of the property peaked with Stories of symphonies and Tales of Vesperia years ago, and it has been a bit of an up and down since then, both in terms of game quality and commercial success. As such, Tales never managed to embed itself as an elite JRPG series – but Tales of Arise is clearly aiming for the top or something. 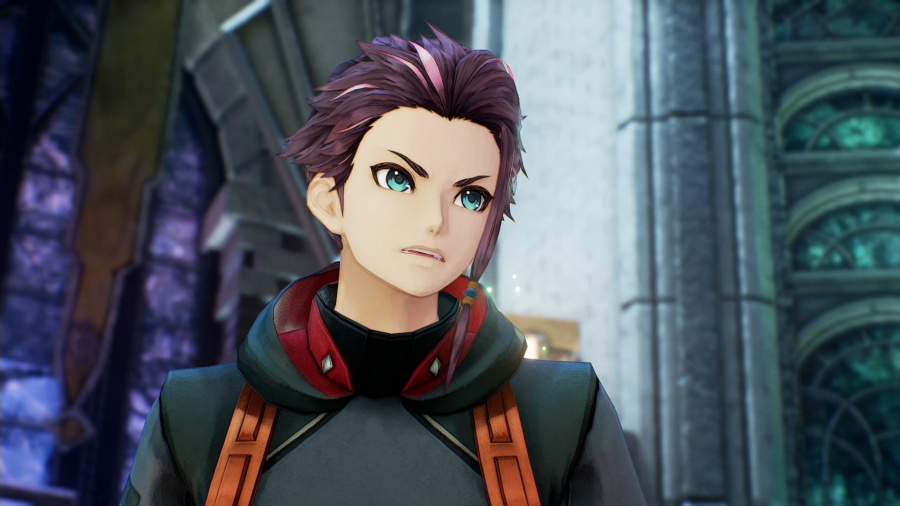 Tales of Arise is exactly what the franchise needs in many ways. Without a doubt, this is a bigger budget release. It shows in the great new graphics engine and the sheer amount of content in the game, both story driven and optional. Much A lot of time and effort has gone into this thing, and the result is the highest quality Tales experience in a long, long time.

You play Alphen, a mysterious man who is trapped in an iron mask and who happens to suffer from severe amnesia. If your tired anime tropical detector is about to explode, that’s perfectly understandable – but Alphen, like the rest of the main cast, deserves a chance. Over the course of the quickly epic adventure, Alphen and his teammates go through a lot of character development. They are a lovable bunch, and watching them grow little by little on this long journey forms the backbone of the story.

Initially a slave, Alphen tries to break free from his bonds and overthrow his oppressors – a race known as Renans. It’s a surprising science fiction premise since the Renans are actually from another planet. They conquered Alphen’s homeworld of Dahna 300 years ago, and now their technologically advanced empire drains elemental energy from both Dahna and its people. A chance encounter with an equally mysterious young woman named Shionne gives Alphen the opportunity he’s been waiting for, and it doesn’t take long for the two to battle the villains. 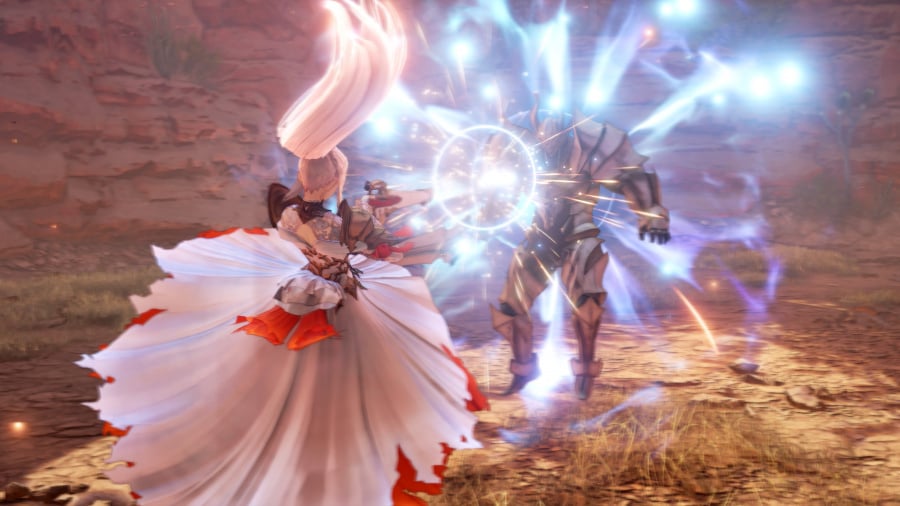 Dahna’s liberation is the driving force behind much of the conspiracy, with Alphen, Shionne, and their ragged allies traveling from one oppressed region to the next. Each area has its own story arc – usually featuring a future party member – and while some of them are somewhat predictable, the almost episodic structure makes everything pretty memorable. Tales of Arise quickly makes you feel like you’re on a great adventure, seeing wonderful sights and embracing the unknown.

It’s not a picnic, however. Sometimes the story takes some pretty dire twists and turns, and some of the revelations Alphen and Co. to deal with add a surprising amount of weight to their quest. Don’t get us wrong, it’s all Anime at the end of the day, but similar to Dragon Quest XI, there’s a noticeable pressure to take things a bit more mature and it really works.

However, the pace of the plot can be a little shaky. Tales of Arise can’t escape the modern day JRPG trap of characters explaining the current situation over and over, just in case you haven’t heard the last six conversations. Thankfully, the overarching story has more than enough twists to grab your attention, and as mentioned earlier, it’s hard not to cheer on the characters themselves – especially as the pressure builds up later. Overall, the story does a great job of keeping you moving – but it’s that strong sense of progress that makes Tales of Arise shine. Grow your party, learn new skills, find new gear, and finally defeat enemies who once seemed insurmountable – all that makes playing a classic JRPG so rewarding. It’s all here, and it’s all very well done.

Which gets us to fight properly. The main differentiator of Tales has always been its combat systems, which include combo-based actions rather than command- or turn-based combat. Tales of Arise is no different, but it feels a lot more modern compared to previous Tales titles. Totally free movement and the addition of a responsive dodge role are instant game changers. Meanwhile, Special Attacks consume AG – a resource that fills up in just a few seconds and allows relentless combos as long as you move properly.

On the surface, one could argue that Tales of Arise sacrificed technical depth for accessibility – but other tweaks ensure that this combat system flourishes as the game progresses. For starters, enemies around your level or above have large health pools. Just hitting them with normal attacks won’t be enough, so forming flashy combo strings is the way to go. Keep the combos and your opponents will eventually stagger and open up to a “Boost Strike” – a glorious instant kill that combines the powers of two party members. 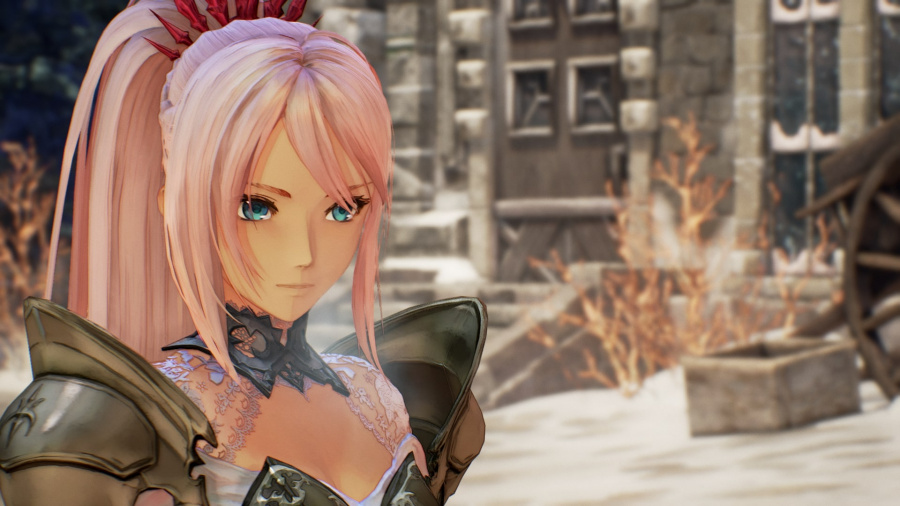 There comes a point where just fight Clicks, and it’s fantastic. Creating a satisfying rhythm is hugely important for fast-paced action games, and Tales of Arise gets it right. Dodging an incoming punch at the last second, filling flashy combos, and asking your allies to create openings with their own unique boosted attacks – it’s a lot of fun. And on PlayStation 5, DualSense support means different actions use different controller rumblings. It’s far from the most impressive implementation of haptic feedback on Sony’s system, but it definitely adds to the experience.

You don’t have to play as our sword-wielding protagonist either. There are six playable group members – interchangeable at any time – and each of them brings their own unique fighting style with them. Shionne is a long-range sniper who hurls flying enemies from the sky with her rifle, while Rinwell takes the time to cast devastating spells that can devastate groups of enemies. You don’t have to switch characters if you don’t want to, but if you decide to brush things up, everyone’s skills can be mastered.

It’s a shame, however, that there aren’t many types of enemies to fight with. Wolf-like monsters, for example, exist throughout the game – they just get worse and worse as you look at higher levels. Sure, tougher opponents get a few new moves to watch out for, but visual variety is still an issue. In terms of lore, it makes sense – monsters are really just animals the Renans used as weapons – but it’s a bit disappointing to step into whole new territory only to find the same types of wolves, lobster things and overgrown beetles populate the landscape. 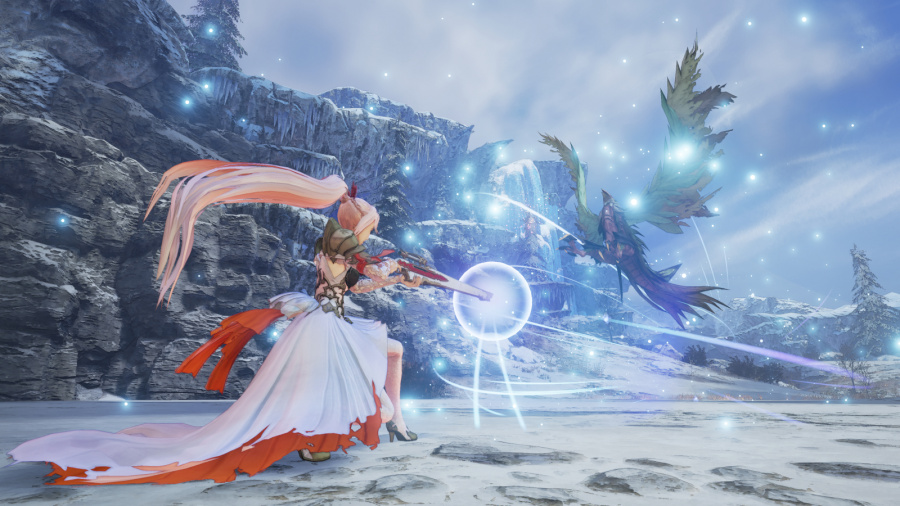 Another complaint we have is about party members’ intelligence information. Three computerized allies are with you in battle at all times, and while you can tweak their behavior – for God’s sake, tell them to run away when their HP is low – they are still frustratingly fat at times. Of course, you don’t want your companions to be unstoppable as that would make the game way too easy – but it feels like there is room for improvement.

The problem is that healing spells use a separate resource called healing points. Healing points are shared by the entire group and do not regenerate in combat without the use of certain items. Even though you might be untouchable in a fight, your healing points will still go down the drain if your allies are defeated. With that in mind, especially in difficult boss fights, it can feel like you’re being punished for the reckless actions of characters over whom you have very little control.

Fortunately, as you learn new skills and find better ways to manage your healing points, things tend to balance out – but it’s still an annoying aspect of an otherwise thoroughly fun and very well-designed combat system. 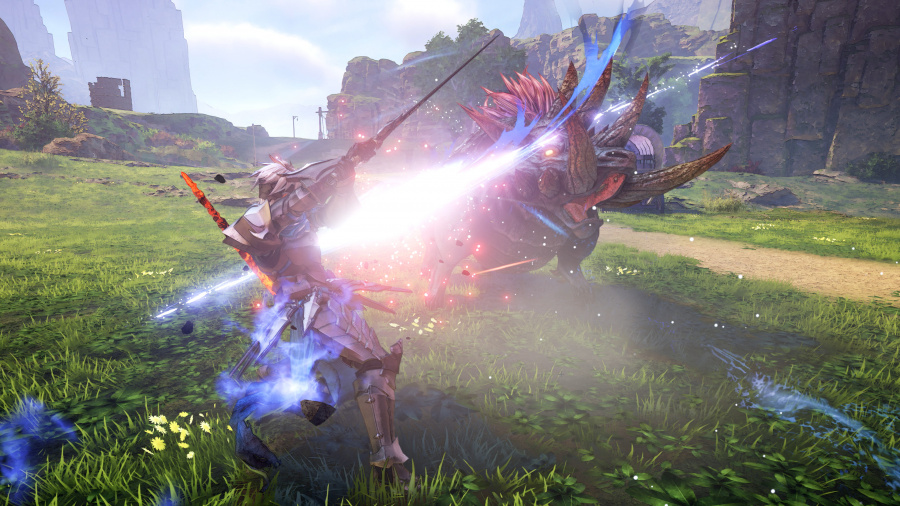 By the way, this system is being used well. One of our favorite things about Tales of Arise is the amount of late-game content in the form of long, interconnected side quests and challenging optional bosses. Without spoiling anything, these excursions are extremely rewarding, offering top-notch equipment and other powerful blessings. Mopping up all of this stuff is an absolute blast and adds an extra 20 or 30 hours of adventure to an already meaty 60 hour RPG.

Further down the line, the graphics in Tales of Arise are worth another mention. It’s an incredibly pretty game, both in its main character models and in its often amazing environmental design. Seriously, some of these places are breathtaking in their art and represent the kind of situation where you pan the camera around to breathe it all in. Simply put, this game is begging for a photo mode.

Though once you notice it there is an odd amount of pop-ins. Most of the time, it’s just shadows covering distant environmental details – no big deal – but when unplayable characters show up 20 feet away, it’s a bit jarring.

Elsewhere, the performance is hard to find fault with. A dedicated frame rate mode ensures even in the most chaotic boss fights for 60 frames per second with what appears to be a fairly high resolution. You can also maximize the resolution by reducing the frame rate to 30, but in our experience it’s really not worth the tradeoff.

Previous Soapbox: What Makes a Game a Good Metroidvania Anyway?
Next The first teaser of the sixth season of Outlander shows the Christie family