The Forgotten City is the almost perfect mix of everything that sets games apart from other media. Utilizing one of the best premise I’ve seen in a while, it combines gripping narrative with memorable and unique characters that show off its unique world and game mechanics. In fact, while I am definitely avoiding any spoilers in this review, once I have explained the pitch, I encourage you not to read this review again. Going blind into The Forgotten City takes the twists and turns to almost perfection. While the Switch port of this game is a cloud version, it may just be the exact game to show what value cloud versions of Switch titles can have. Like an endless loop, I’ve got The Forgotten City on my mind every day since I started playing it, and even after seeing everything it has to offer, I’m still thrilled with the experience. 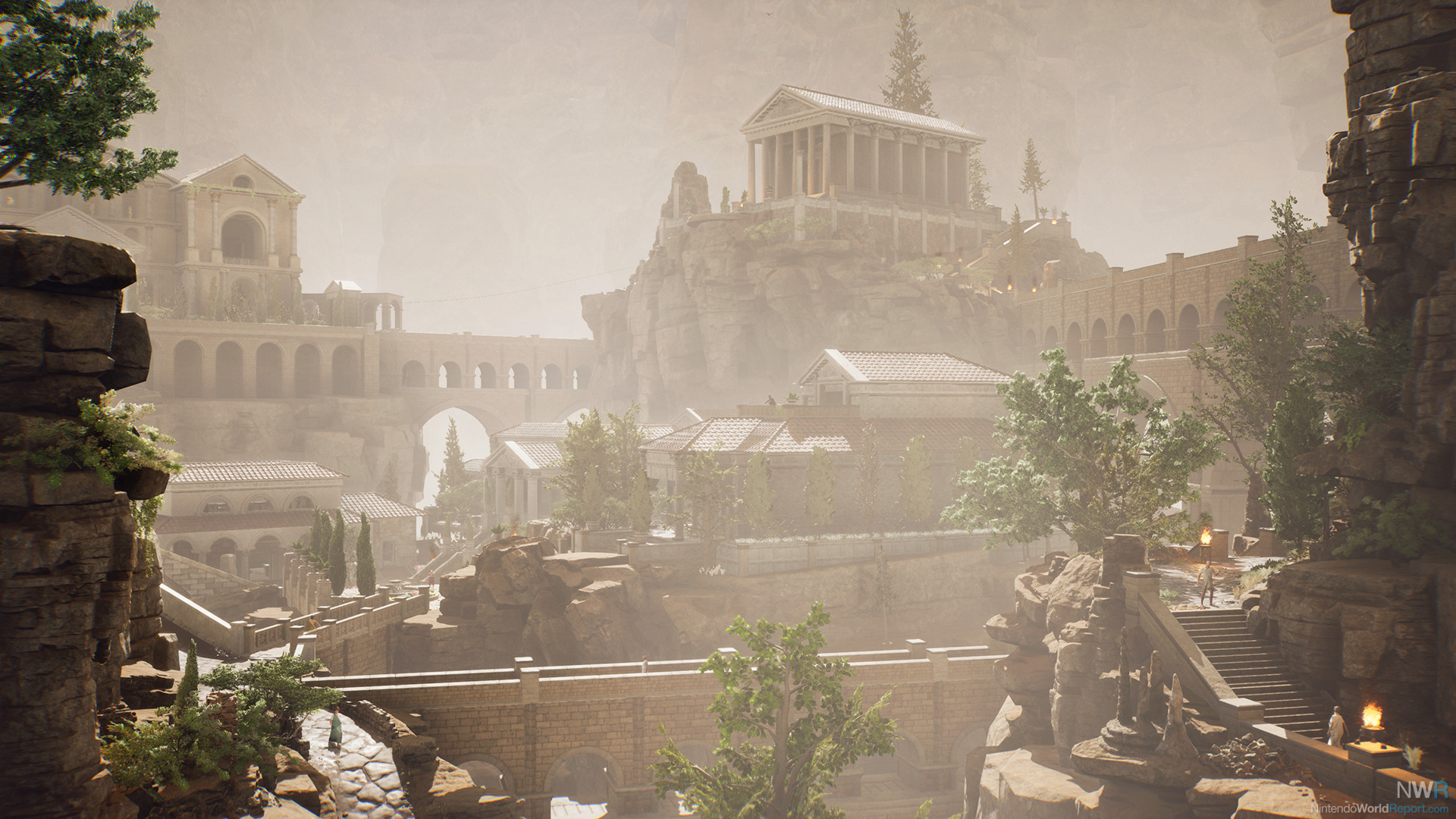 The premise of The Forgotten City is pretty simple. You wake up on a river bank and are asked to help your friend who has entered an ancient Roman temple. This temple leads to an underground city where you will be transported back about 2000 years into a real Roman civilization. This Roman city is terrorized by an inexplicable and unpredictable curse written on the city walls: “The many will suffer for the sins of the One”. From here you set out to find out what is going on in the city, if there is even a way to escape this place and how this place was cursed. There are a variety of characters to meet, each with their own perspective on the subject and following a cycle through the city. As you slowly reveal the secrets, you begin to find out that this city and its people are hiding more than they want to tell you. If this sounds appealing to you then I strongly advise you not to read any further as this game is brilliant in both its narrative approach and gameplay to draw you into its beautiful and accurate world. 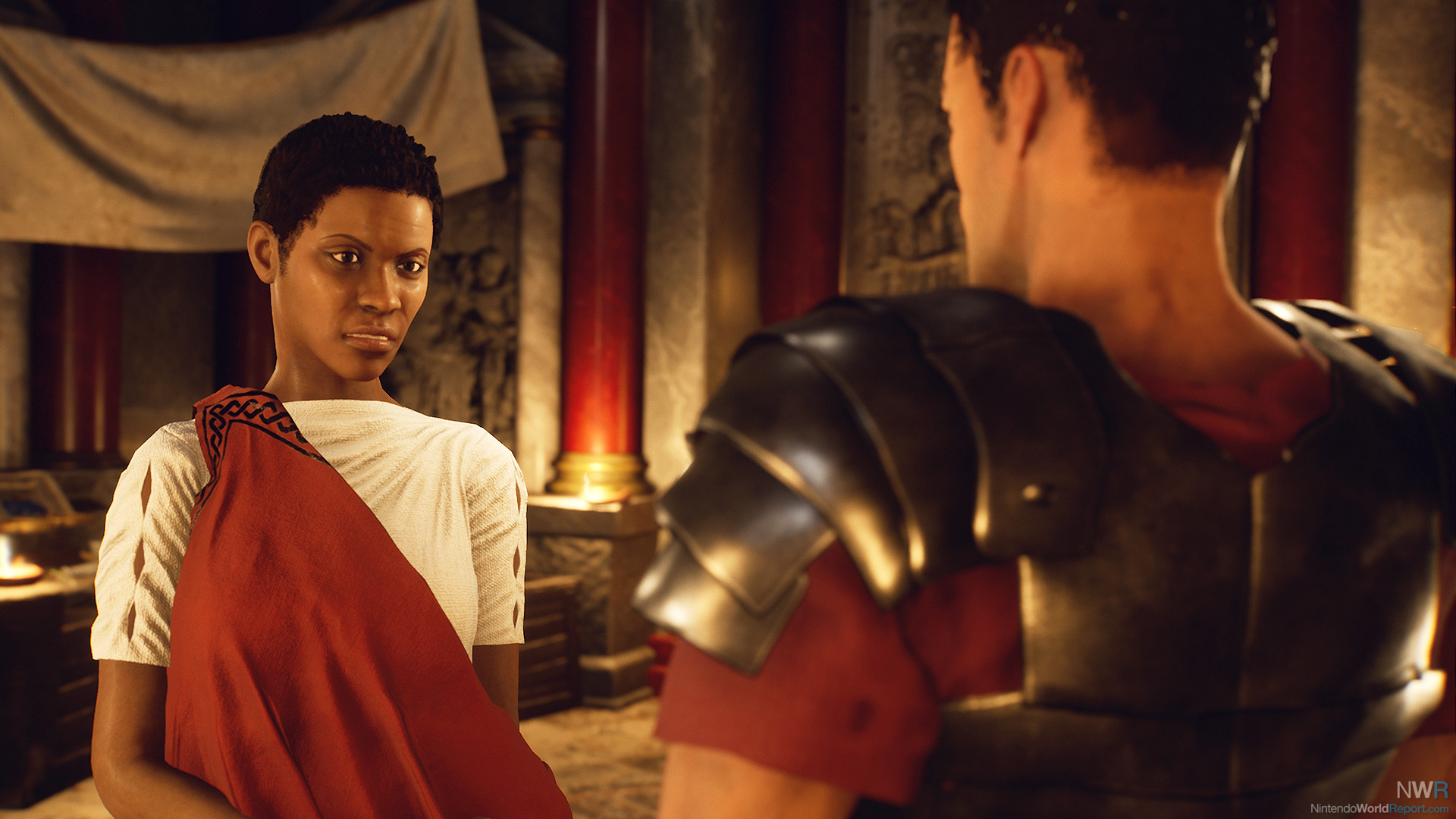 For those of you who are still at it, the main mechanics of The Forgotten City follows a time loop story. Similar to The Legend of Zelda: Majora’s Mask, you can go back to the beginning of the day with your already acquired knowledge and try to change the outcome of the curse and the fate of the citizens. This is mainly done through talking to the characters in the game, learning their patterns and personalities, and using that information to unlock new information that can help you find hidden objects or keys. All with the ultimate goal of solving the mystery of the curse and understanding what is going on in this forgotten city. The gameplay mostly feels like a first-person narrative adventure, but there are also some random fights and simple puzzle solutions. Mainly in the form of learning how to get around the city, where to find certain objects and how to convince others to trust you with their knowledge. 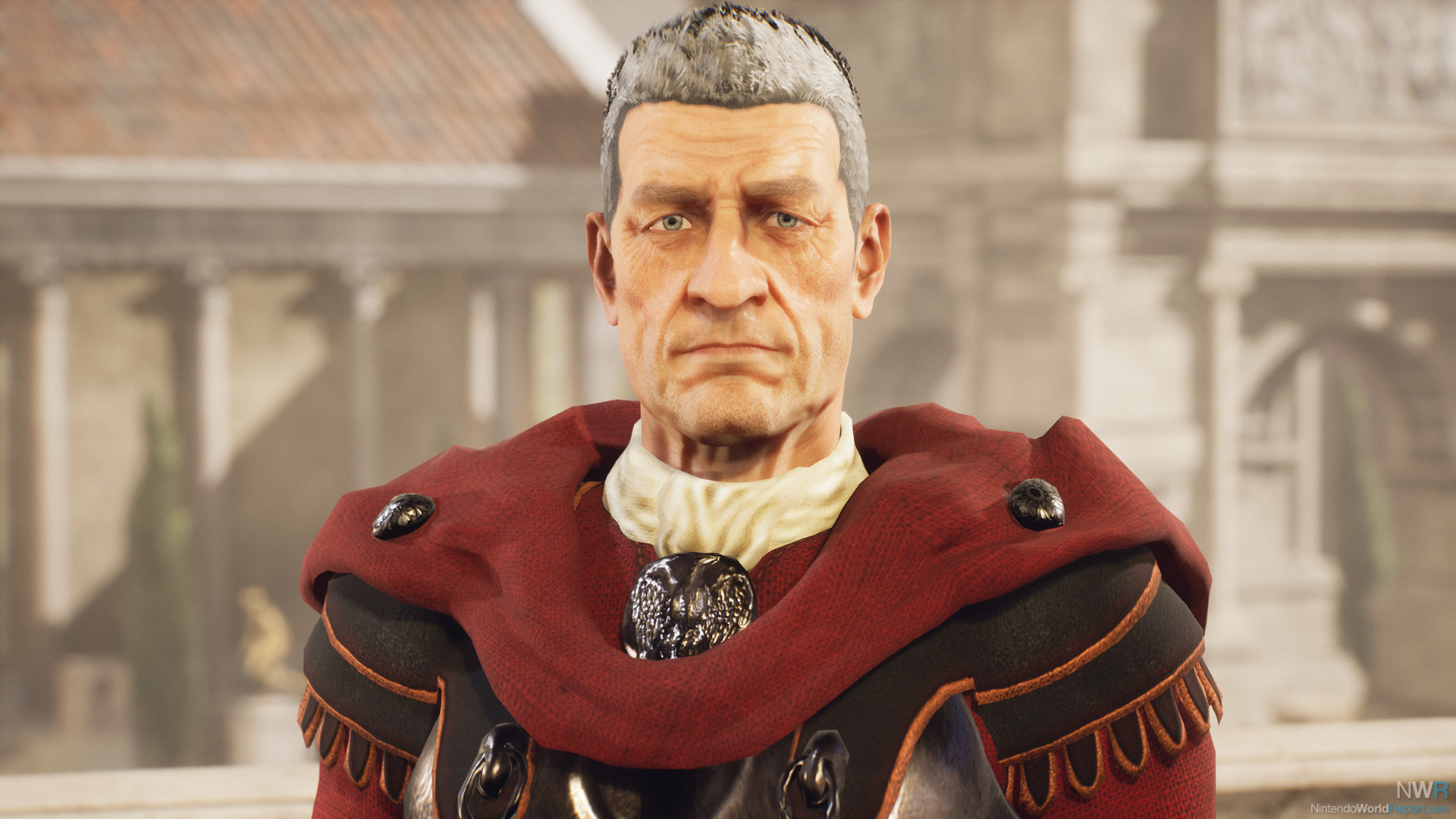 What I especially adore about The Forgotten City is the attention to detail and historical accuracy. This is evident not only in the city itself with its historical architecture and culture, but also in its small design elements. You can actually argue with these Roman citizens about their worldview and politics and they respond as if they were still the greatest civilization the world has ever known. You are trying to actively participate in the discussion with the player and show him that while you are of an age well above yours, maybe not that different from yours. It offers some unique insight into the questions of how cultures arise, what truly makes a civilization their own, and how beliefs have been reinforced over the centuries. A small example is that one of the characters is part of a cult group that believes there is only one God to respond to. They don’t speak out about their beliefs in public for fear of retribution from others, but it does give characters a lot of variety. Even if you only speak to certain people once or twice, their voice acting leaves a wonderful impression of their character. I was able to identify with some of these people, even if I definitely disagreed with their views. The game is not necessarily about proving whether a philosophy or idea is right, but about getting you, the player, to think about how our world, history and culture are preserved and presented. It’s something that just couldn’t be achieved in any other medium and that’s why I love the game. It’s not always too serious either, and I found it a joy to debate memes with a Roman priestess to break the severity of the curse myself. 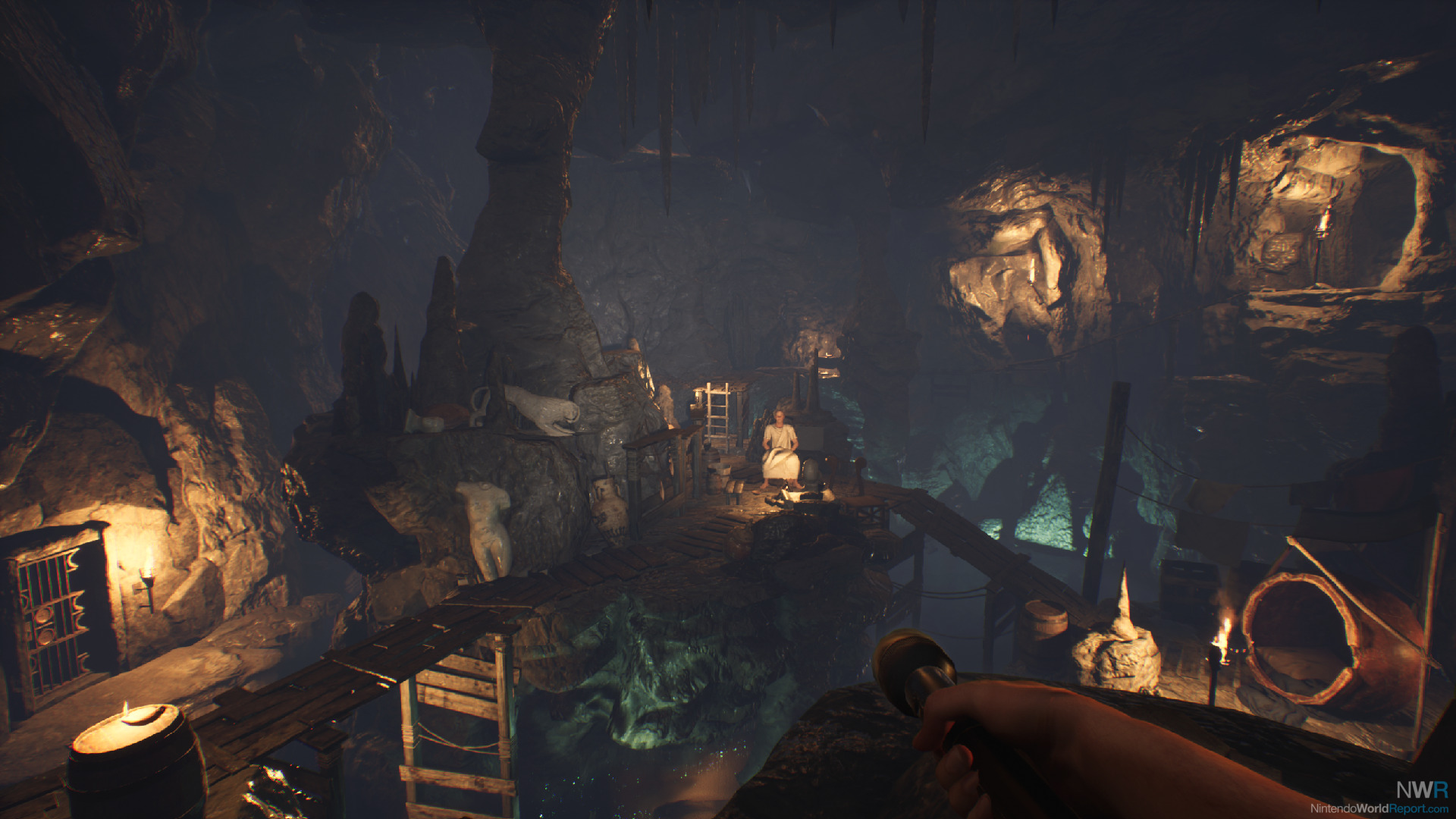 The biggest downside is that the Switch version of The Forgotten City is a cloud service. While I was expecting sluggish performance on my Switch at a friend’s where a WiFi connection was shared between four people and multiple devices, the game ran flawlessly almost 95% of the time. There were some random stutters and a delay in entering my controls, but this only happened very few times and well in between so as to never really make the game unplayable. See, what’s so clever about making The Forgotten City a cloud version is that the game is a narrative title. You don’t need precise inputs and timings. You can just take your time with the game, listen to the speech and read the dialogue options. It’s perfect for a cloud version and I had a great time playing games in both docked and handheld modes. My biggest criticism is the other complication these cloud versions bring about, about capacitive servers. This has happened to me about four times and it has generally annoyed me the most. I wanted to sit down, play the game and just lose myself in the world again, but after the rather long loading opening screen, I was greeted with a message that I was queued because of overcapacity on the server side. This is probably the most frustrating thing about the Switch version. There’s nothing more troublesome than really loving a game, having it right in front of you, but being told that there is no way to play it right now. The wait in line always took a long time and I just decided to try again at a later time. 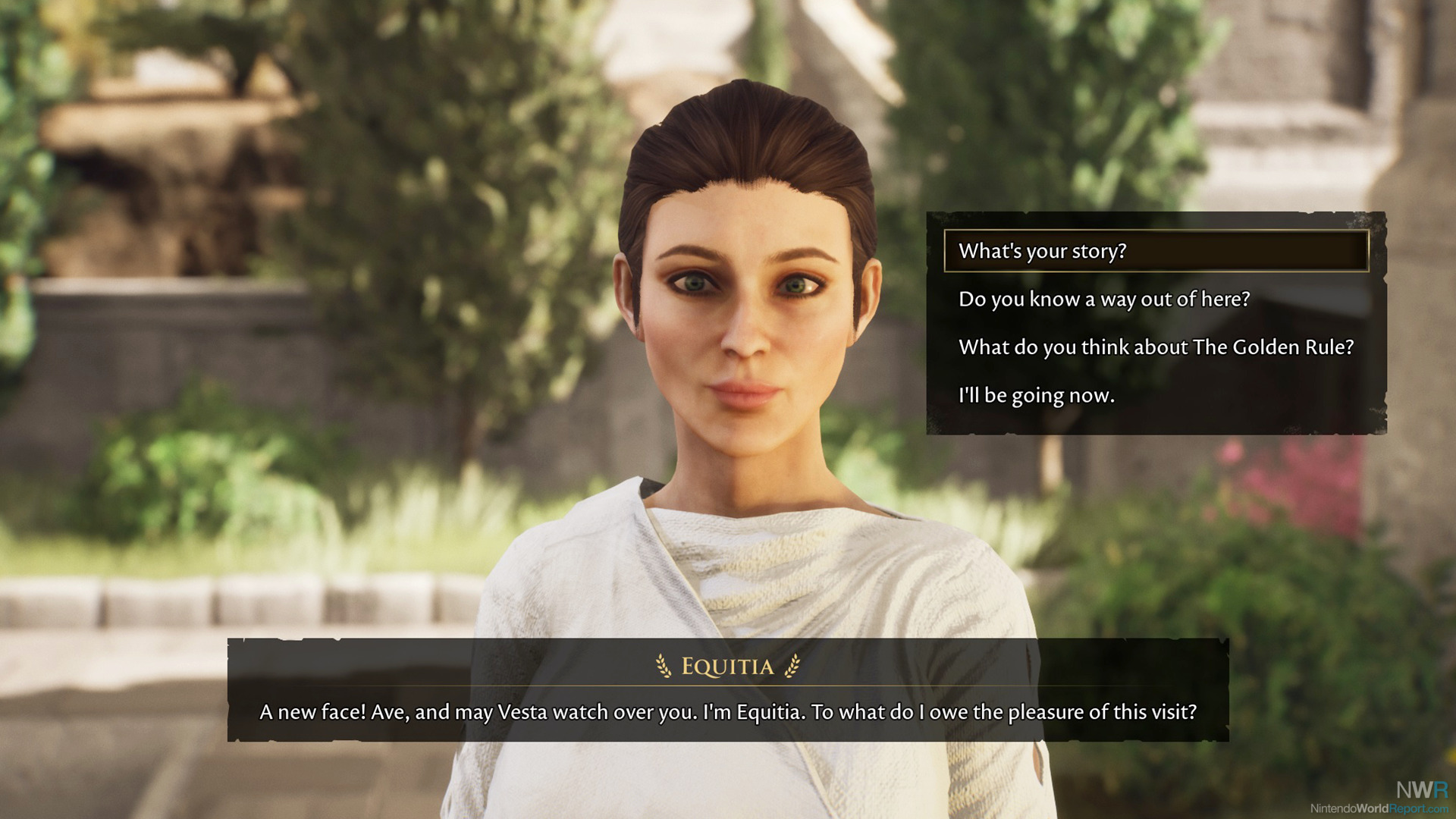 That really is the only sin committed here because I love The Forgotten City. The story and characters are thought-provoking and allow you to interact with the game in a variety of ways. It has actively pursued me to choose different endings, which I don’t often do in video games. I really wanted to see how history unfolded and what that would mean for this hidden civilization. The ends all left me very happy and felt really different. While there is definitely a unique true ending, the game really gives most of its characters time to shine. Especially when you unravel some of the secrets and the picture of what is really going on starts to form in your head. While the Switch version isn’t the perfect way to play The Forgotten City, I was impressed with how well the technology worked during my time with the game. Yes, server overcapacity is a major downer when you want to play a game you think about all day, but once you are able to play, the server has no trouble keeping up. In that regard, The Forgotten City is a perfect choice for a cloud version on Switch. His narrative focus gives him time to breathe and even during the combat segments I never felt like I was playing anything less than a full game that looked exceptionally pretty on my Switch’s screen. I have no problem recommending the cloud version of The Forgotten City, but as with any streaming version, your mileage may vary. What likely won’t change is your enjoyment of this game because, as far as narrative adventure goes, The Forgotten City absolutely deserves a long memory.