Kena: Bridge of Spirits has been positioned as a key game for PlayStation 5 by Sony. While it’s great that the company is putting some indie titles on par with Triple A experiences, it can sometimes lead to inflated expectations. The debut game from developer Ember Lab always looked fantastic ahead of its release, but does the gameplay match the beautiful, quirky art style?

The good news is that by and large it is. With the studio’s background in animation for TV and movies, this was almost expected to look great, and it has beautiful, colorful graphics with lots of personality. However, as indicated, the actual game is solidly fun among the lush environments and expressive characters. 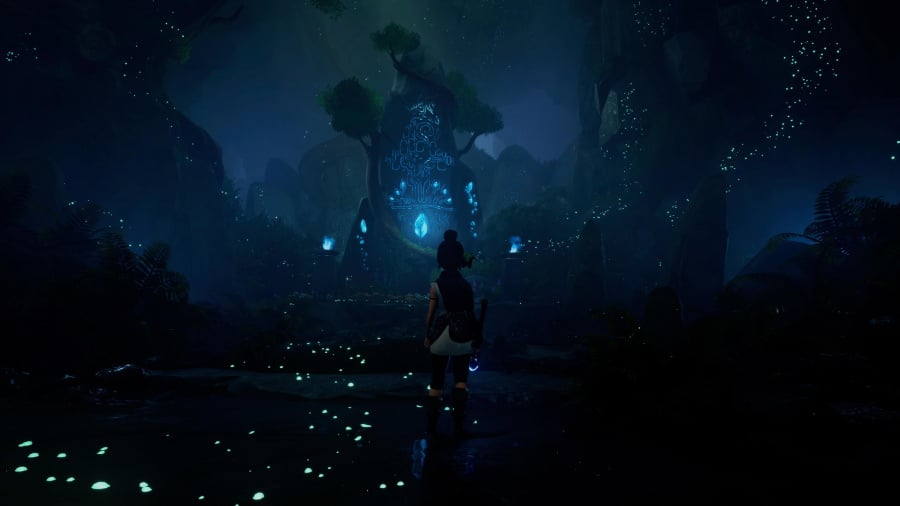 You play as Kena, a young spirit guide on the search for the mountain shrine. On the way she discovers the red, a kind of magical creature that helps her on her journey. We’re not going to go over spoilers except that the story doesn’t really deviate from what you’d expect; It is capable of helping lost spirits find peace and takes on an optimistic but bittersweet tone, much like many animated films you’ve seen in the past decade.

While the narrative didn’t surprise us, the game takes us back to those PS2-era action platformers in a good way. Think Jak & Daxter, Sly Cooper or even Tak and the power of juju – it’s in that wheelhouse. This is a largely linear action-adventure that is absolutely filled with collectibles, lightweight platforms, and battle arenas all sliced ​​together into one large map. The feeling of moving through the world – searching for hidden areas, collecting the rot and using new skills to unlock more paths – reminds us of those old school action platformer. It has a simple structure, but it’s a compelling one that requires you to explore every inch of the game for secrets.

The early influences are definitely there, but that doesn’t mean Kena hasn’t taken over from more modern titles as well. Platforming, especially when you climb cliffs and shimmy over ledges, is very unknown while combat has your attacks on R1 and R2, which is in line with any action game over the past five years. It pulls in from all sorts of places, but it gets away with it because everything feels good. 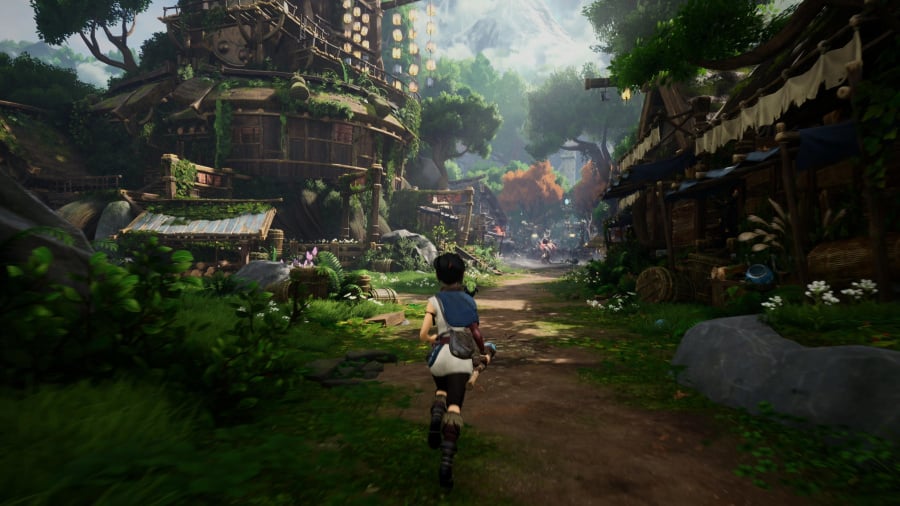 The game comes into its own in the battles and puzzles. Not only are the reds a cute bunch of followers, they are useful in many ways. Outside of combat, Kena can command them to lift and move heavy objects, find more putrid creatures, and rid the world of a plague known only as corruption. None of the puzzles are particularly strenuous, but the red is fun to interact with, be it for goals or just to relax. If you hit the D-pad right away, Kena will sit down with her tiny pals and you can play some adorable animations just because.

When facing opponents, besides a block and dodge, you have light and heavy attacks, but this is where red comes into play too. Dealing and taking damage will build courage in the little things, and when ready they can take an action such as finding flowers to replenish your health, attacking enemies yourself, or augmenting some of your own movements. It adds a little strategy to the otherwise fairly normal and surprisingly challenging combat. Sometimes it can be frustrating not to be able to heal whenever you want, but most of the time it’s a relatively balanced system.

As you play, find more red to level up, and use karma to improve your skills, Kena will gradually learn more techniques that are used in both combat and exploration. With the bow you can attack from a distance, for example, but also hurl through the environment over blue flowers in grappling hook style. There is a good feel for progress, and everything moves in a fair clip, keeping you hooked for the 10 or so hours it takes to finish. If you want to see and do it all, you have to trace back something which can be boring if there are no enemies around to keep you busy. However, with warpstones at key points, you can travel quickly, which helps keep things moving. 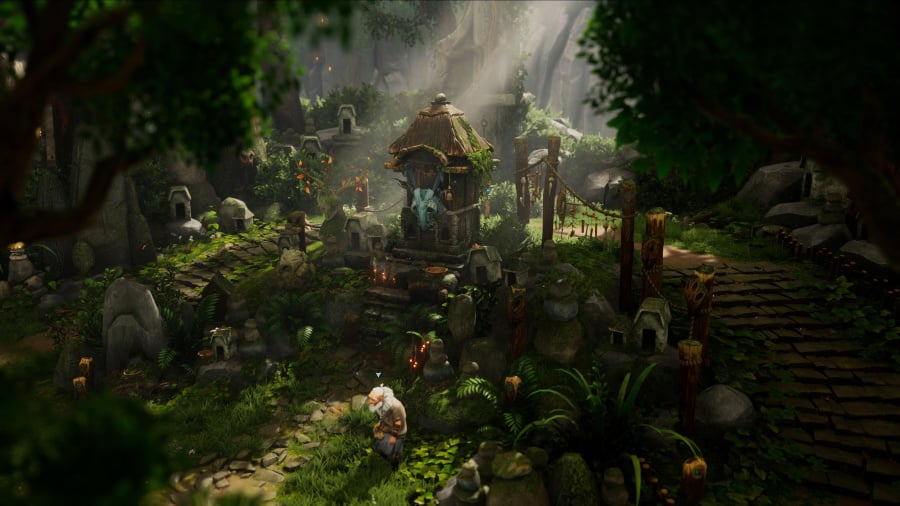 Again, the game’s presentation is generally very good, but we did notice a hiccup or two. Occasionally, Kena’s movement can feel a bit stilted and some of the character designs are a bit missing. That being said, the level of polish for a team’s debut is impressive and we haven’t encountered any serious mistakes at all. Meanwhile, loading times are fast and the DualSense’s features add nice tactile feedback to the action that is always appreciated. It ran smoothly at 60 frames per second in standard performance mode, although we noticed a few issues with the game’s automatic save.

Despite borrowing from all sorts of modern hits, Kena: Bridge of Spirits stands almost on its own. The wonderful graphics and music make a powerful impression while the gameplay is simple but fun. If the story went beyond what was expected and eliminated a small issue or two, it would be a real winner. As it is, this is a solid action platformer with lots of personality and a strong debut from Ember Lab.