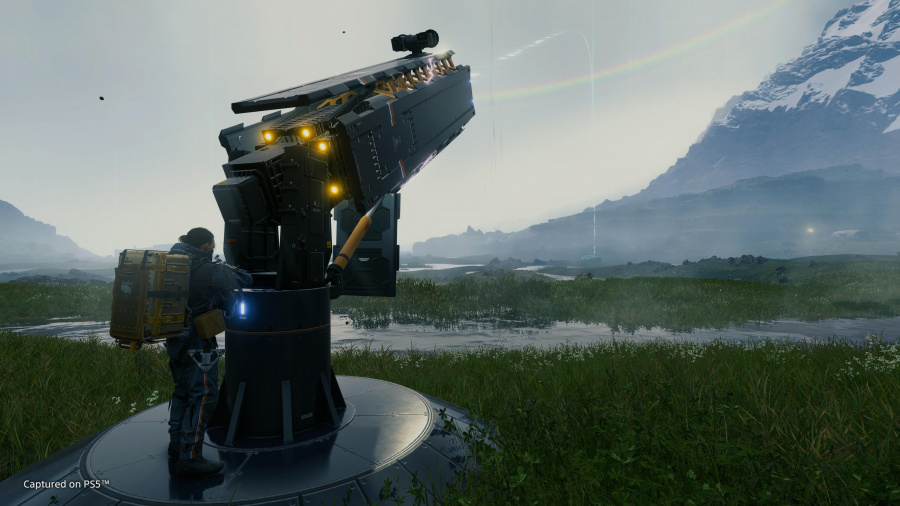 This is a game that needs very little introduction. In 2019, Hideo Kojima returned to PlayStation 4 with Death Stranding, and that name alone made the game an important one. It just so happened that the game was unlike anything else released at the time, and largely eschewed violent conflict to bring people together. While we’re not going to go over all the basics here – read our review for the PS4 game for the skinny on story and gameplay – Death Stranding Director’s Cut proves that Kojima’s vision remains completely unique two years later.

This PS5 version of the game is the same experience as before, only now there are more of it. They still control Sam Porter Bridges as he wanders from the east coast to the west of a broken North America, bringing isolated groups into the chiral network to restore a semblance of order. The title event changed the landscape and brought the creepy, spectral BTs to the world. The main purpose of the gameplay is to get cargo from A to B to avoid confrontations and to keep those goods on Sam’s back in perfect condition. All of that is here, of course, and it remains a surprisingly addicting adventure. Some of the problems of the original remain; it’s still too fussy to play at times, missions are repetitive, and the user interface feels too complicated. Hardly deal breakers, but if you haven’t enjoyed Sam’s foray on PS4, this probably won’t change your mind. 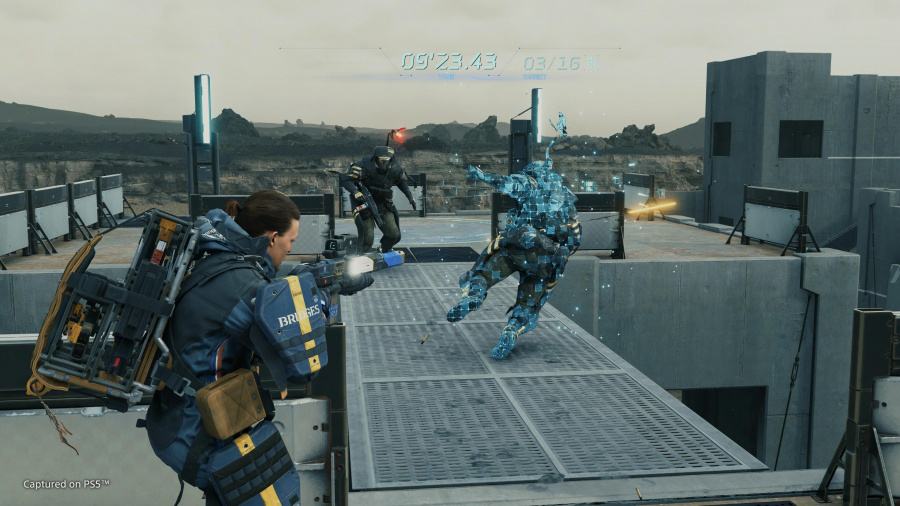 The Director’s Cut doesn’t change the format that much, but the new gear offers interesting additional options as you move from place to place. The cargo catapult is exactly what it sounds like. You can load it up with stuff and then shoot it over the area to bring it to earth by slowing its descent. This is a fun and useful way to get supplies over particularly tricky spots or over areas you know will be crawling by potential enemies. The Maser Gun is another novelty and an extremely useful weapon against MULEs that can bring them down quickly (and not fatally) in an emergency.

Speaking of guns, a rifle range is introduced early, a new place to get a better understanding of the various firearms and tools that Sam has at his disposal. You can freely shoot at targets or take part in exercises that feel similar to the VR missions from some other Kojima game. It’s fun to measure yourself against other players via leaderboards, although we imagine that new players will use this area the most.

Our favorite and undoubtedly the stupidest feature in the Director’s Cut is the racetrack. Once you’ve built it through a new terminal in the game’s central region, you’ll be able to take part in numerous time trials around the Fragile Circuit. With different routes to master and vehicles old and new to drive, it’s a stark change from the rest of the game, but it’s a welcome distraction if you’re looking to blow off some steam after all those deliveries. Hop on a reverse trike, drift through those turns, and set a killer time. As with the shooting range exercises, you can also compete for supremacy in racing on leaderboards here. It’s silly and quite a tone shift for Sam to cross the line with a smile and a thumbs up, but it only adds to the game’s charm. 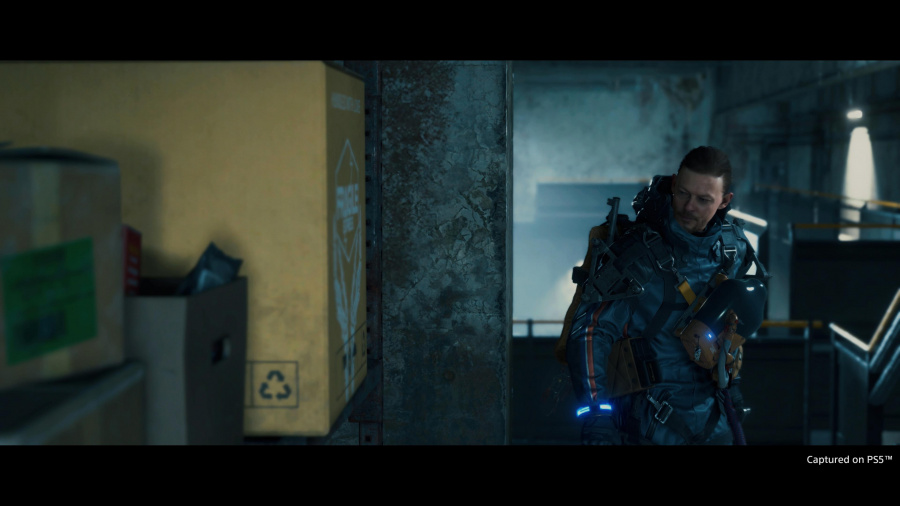 Next up is the Ruined Factory, a brand new place that forces Sam to clandestinely. This facility has some seedy business going on, and sneaking in and defeating MULEs without sounding the alarm forces players to explore this side of the action, which is great. There are certainly enough mechanics and tools to hide yourself away with, and it’s another refreshing break from the usual hikes. Of course, you can get loud if you need to, but this is clearly intended as an MGS-style throwback. We wish there were more than a few missions, but it’s cool while it lasts.

However, it’s not just additional content that Director’s Cut brings to the table. While all of the above new features are great and smartly woven into the overall experience, the game’s graphics and performance have also been tweaked, and it really makes a difference. Death Stranding was already one of the best looking titles on the PS4, but on PS5 those stunning environments, superb character models, and ethereal visual effects have been polished to an even finer shine. It looks pretty flawless. Even better, the Performance mode sets the game to 60 frames per second, and it feels wonderful to play at a higher frame rate. To be honest, even in Fidelity mode, which upscales the resolution to full 4K instead of upscaling the resolution, the frame rate seems to be much higher than 30 most of the time. 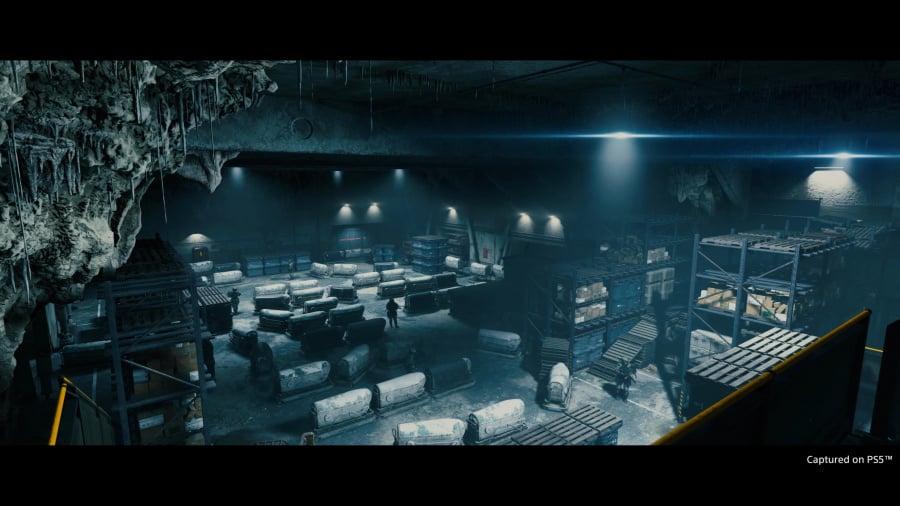 The re-release also makes the most of the unique qualities of the PS5. Loading screens are still there, but much, much faster than on PS4, so there is much less waiting while reading tips. The Tempest 3D audio engine is also trained; With headphones on, Death Stranding Director’s Cut does a great job with directional sound. Combined with a subtle but effective use of the haptic feedback and adaptive triggers of the DualSense, it feels like Kojima’s oddball odyssey is at home on PS5.

Death Stranding Director’s Cut is a fantastic port of a fascinating game. It introduces lots of new features that enrich the experience, the graphics and performance are greatly improved, and the bells and whistles of the PS5 are put through their paces. All in all, this makes the best way to play the crazy adventure of Kojima Productions whether you’re new to the experience or want to pick up where you left off. It won’t change one’s mind one way or the other – it’s still Death Stranding, whether you like it or not – but the Director’s Cut certainly presents the game in its best light.