I’m in conflict with WarioWare: Get It Together! This is more by design as the game is all about conflict. Urgent, ridiculous three-second conflict. And while the traditional microgame formula is largely intact, some development choices can lessen its impact if you’re unwilling to adapt.

Through a nonsensical story of game development gone wrong, players find Wario and his staff trapped in a TRON-style game system, forced to play a series of TRON-style games. It’s not as deadly as it is in TRON, however. This is where the developers’ job is to fix the bugs in their respective game and they do it in a crazy series of very fast microgames. 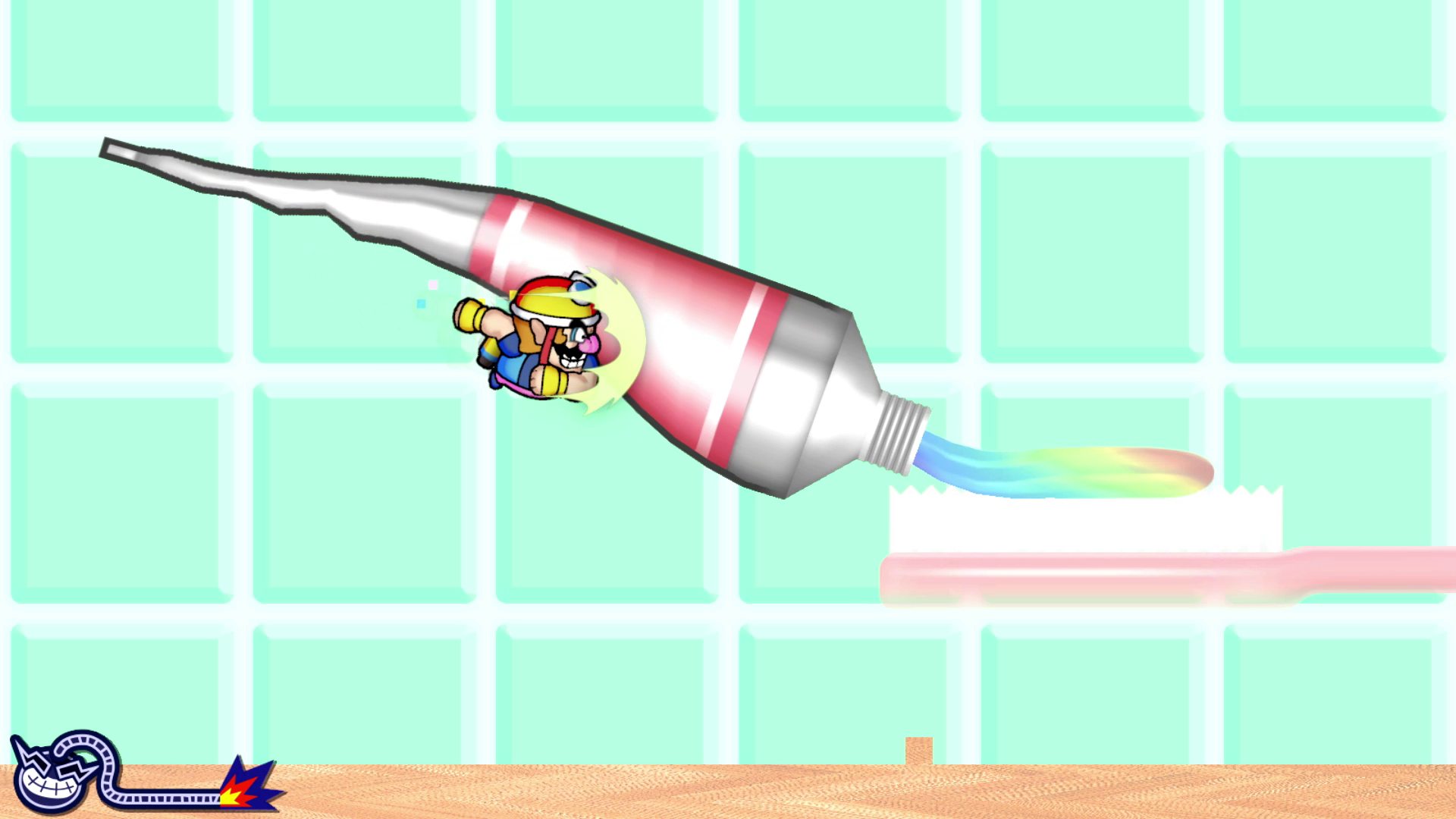 It is the additional personalities that change the traditional evolution of WarioWare. The game starts with Wario, but each section you play through adds one or more characters to the mix, each with their own movement and attack methods. Wario flies around with a jetpack. 18 volts sits in one place and fires rings out of his head. Mona drives a scooter that only stops when you throw her boomerang. You are always forced to use a certain character at his / her level, but you can also top up the lineup with some others that you have unlocked. Characters from your chosen list will then be chosen randomly for each microgame, adding to the unpredictability. 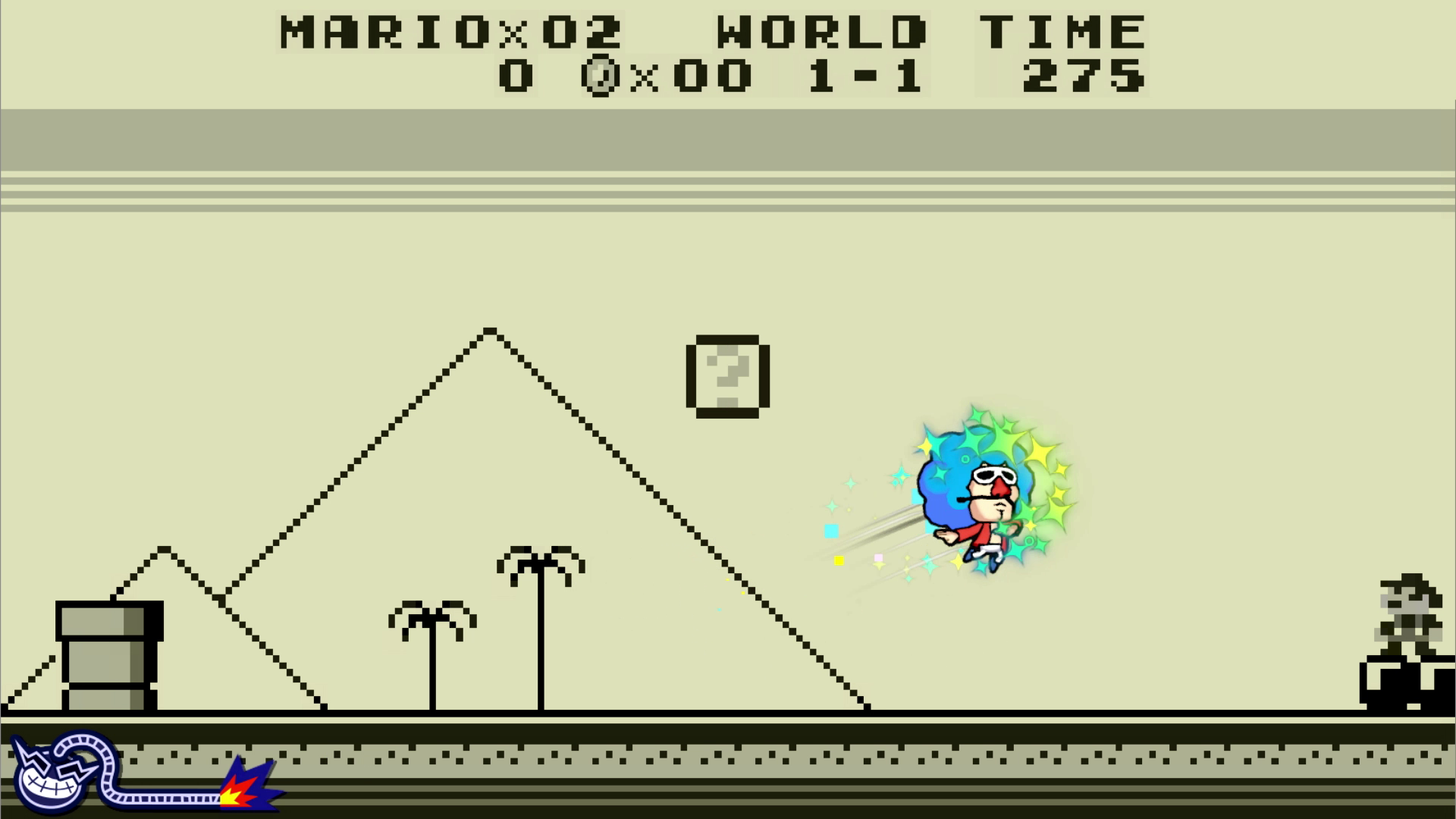 There are over 200 microgames in WarioWare: Get It Together! That seems like a lot, but considering that each level uses up about 15 of them, you could play them all very quickly. Hence, the mechanics of using characters with different abilities prevents the gameplay from becoming obsolete too quickly. Immediately recognizing: “Oh, I have to get into the really colored freight car here” is only part of the battle if you have to figure out how to get there in the first place.

Some characters will become your favorites, while others will only be used when you have to. I tended to prefer Wario, 18-Volt, and Mona, while my 10-year-old son (who I spent most of my review time with) liked Wario, Young Cricket, and Ashley. But even with your preferred line-up, there will be times when you are simply the wrong character for the microlegame in question. This can be frustrating, but having to repeat levels isn’t a bad thing here. It’s expected and part of the fun.

I assume that by now you know how the microgames work. You are presented with a screen and some objects, and you have just a few seconds to figure out what to do and then do it. The game gives you a quick command (Tweeze. Draw. Collect All.) Then you need to figure out how to use your character’s abilities to achieve it. 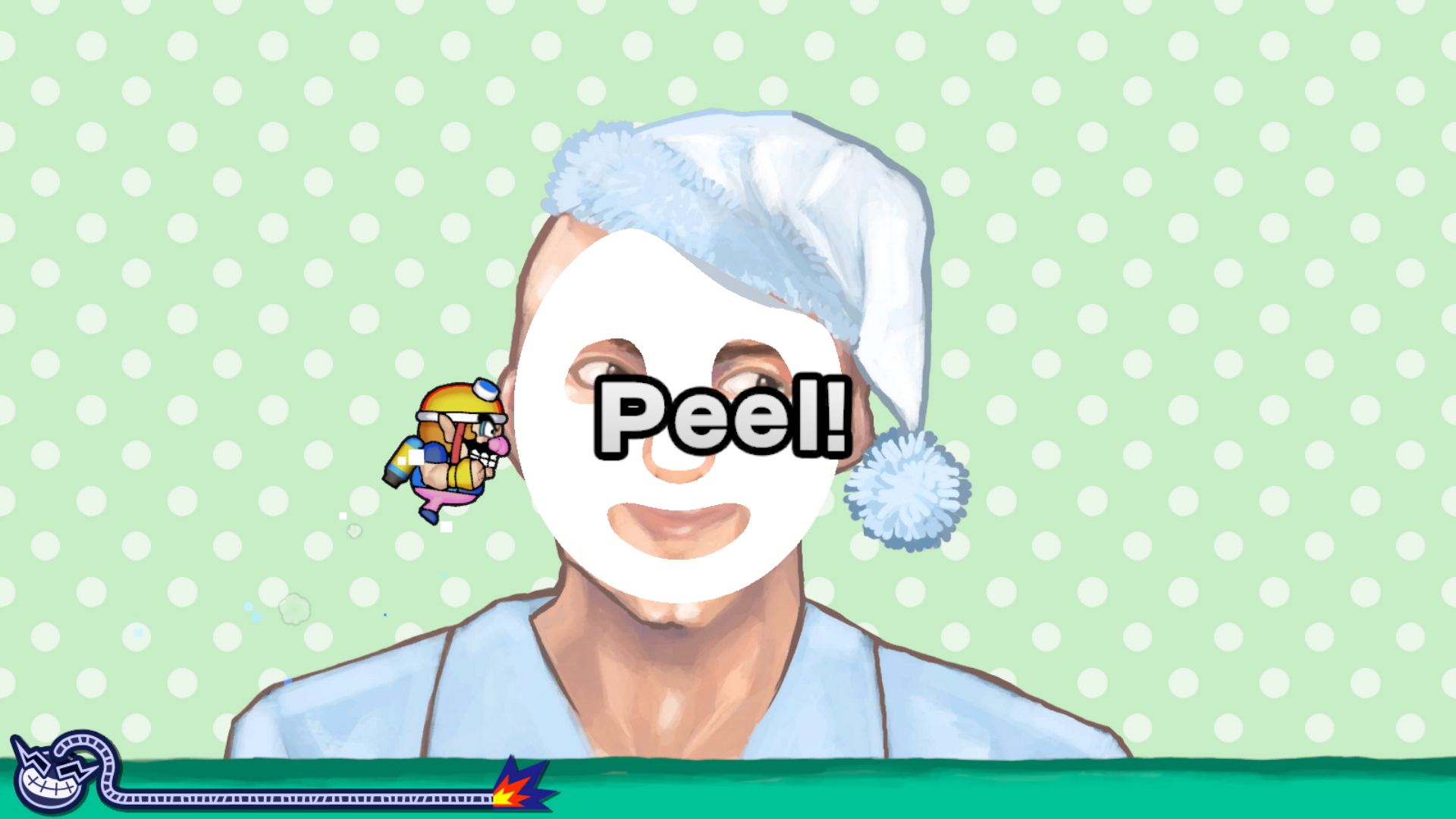 If you complete about 15 of these, you will face a boss fight that gives more time to get the goal but more difficult to get to the goal. The haunted pace is fantastic and the hyperactive music helps create some wonderfully hectic and ridiculous moments. If you run out of “lives” before reaching the boss (or while fighting the boss), you can either start the level over or use your saved coins to start where you left off.

My above conflict arises from the way the game is played. The main story mode of the game is designed for one or two players (one system or local wireless). Single player is the easier way as you won’t conflict with your partner. It’s not nearly as fun though, as finally completing a level with a partner adds to the joy. 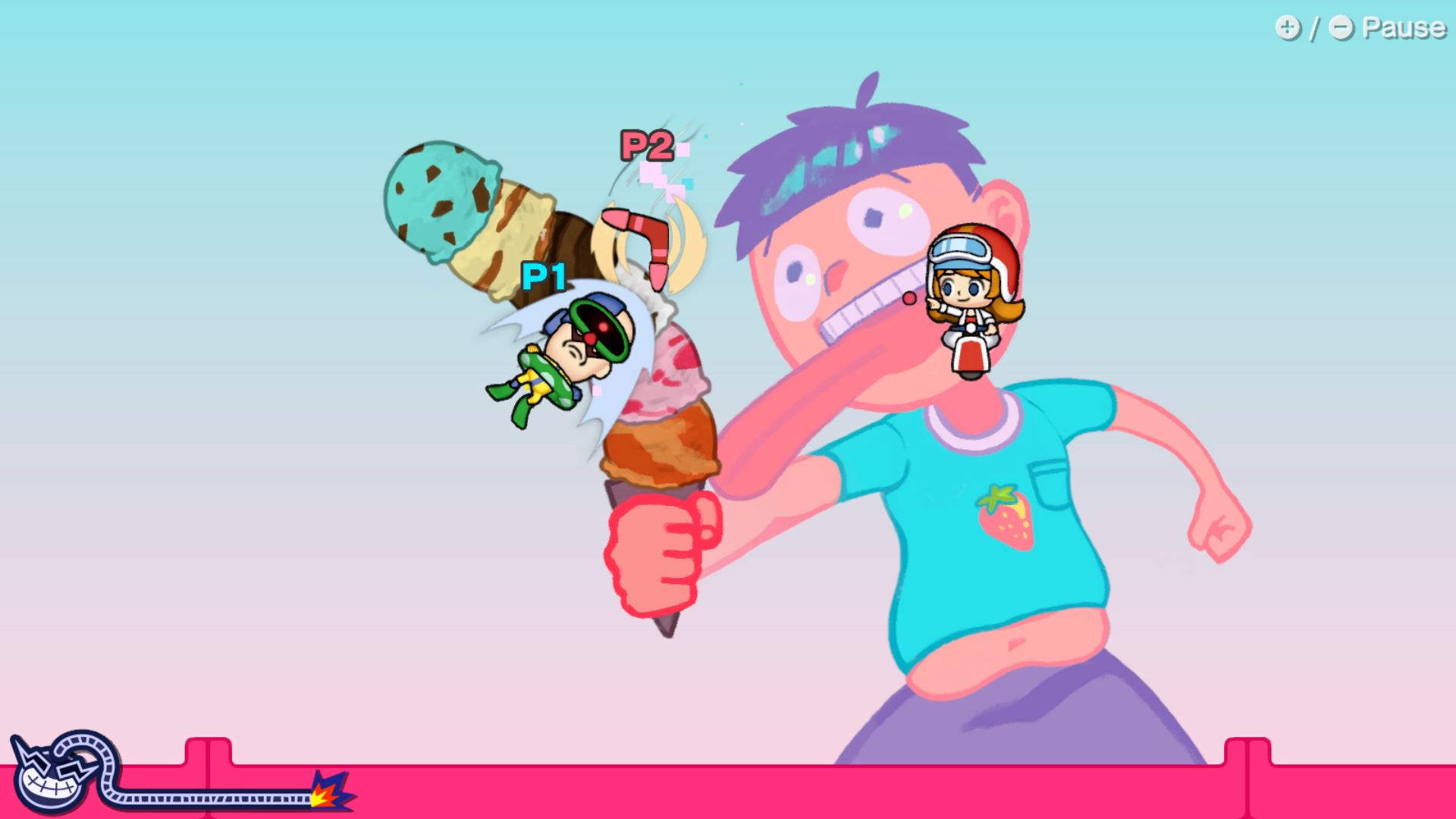 The problem is, you’ll have to play through the story mode to unlock other game variations, so chances are you’ll be forced to familiarize yourself with the various character controls. So don’t expect a multiplayer party right away.

However, once you have access to everything there are plenty of multiplayer options that will keep you entertained even after the story is over. There are two modes of combat. There is a version of hot potato. There is a Mario party style board game. These and a few or the other allow up to four players to act at the same time. However, some are only suitable for two players, so your options will vary depending on the number of people in your living room. And when you’re alone, the Wario Cup gives you weekly challenges to complete and rankings to complete. 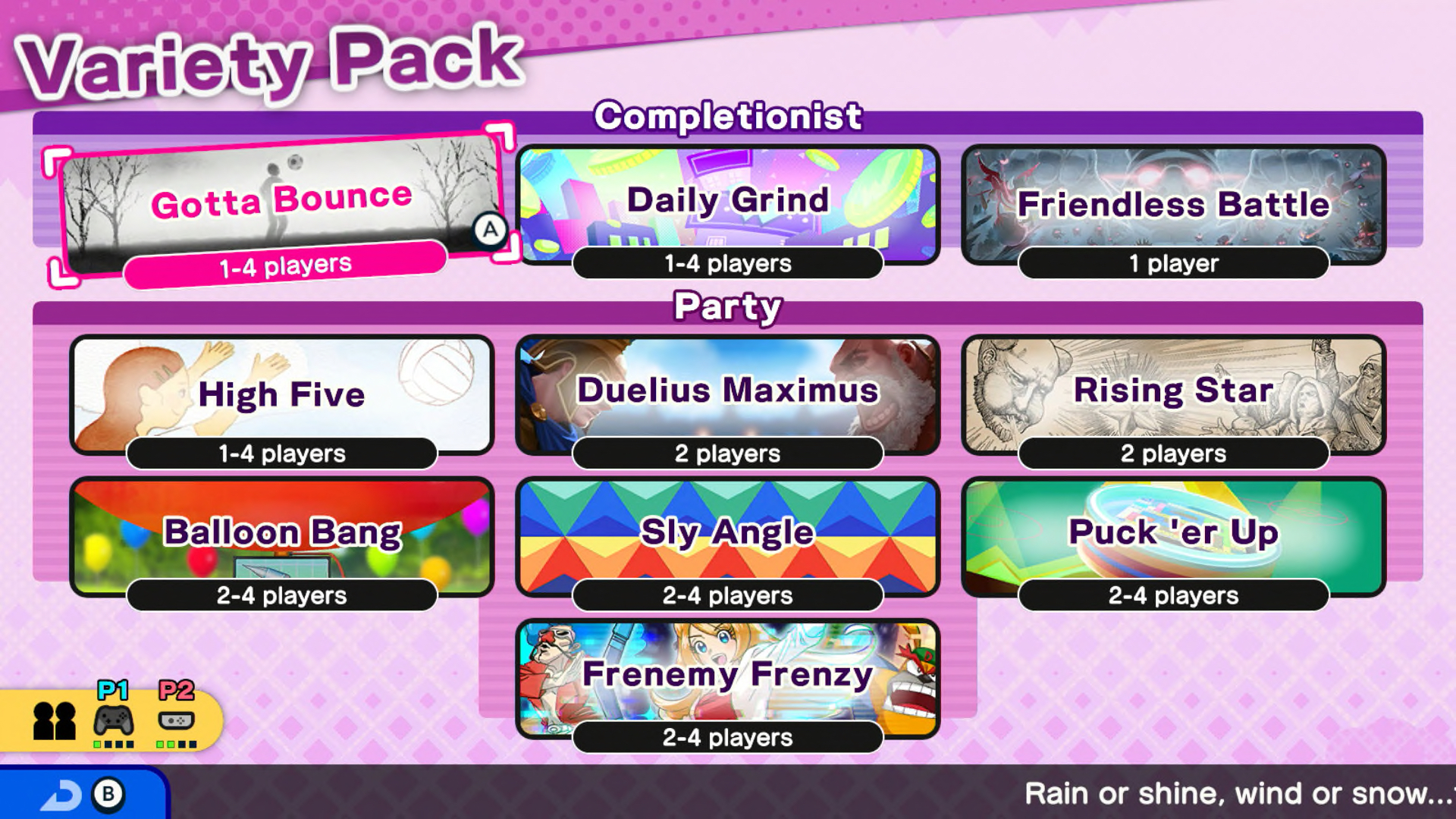 WarioWare: Get It Together! is certainly fun and frenetic, but too quirky to appeal to all players. Unlike the Mario Party games, for example, which have logical goals and a clear path to attaining them, the random nature of WarioWare is likely to confuse and put off only the casual gamer. However, if you are able to latch onto its groove, it offers more than enough variety and character to keep you and your friends entertained for a long time to come. If you’re not sure which side you’ll fall on, the free demo will help you find out.

The post Review: WarioWare: Get It Together! (Nintendo Switch) first appeared on Pure Nintendo.