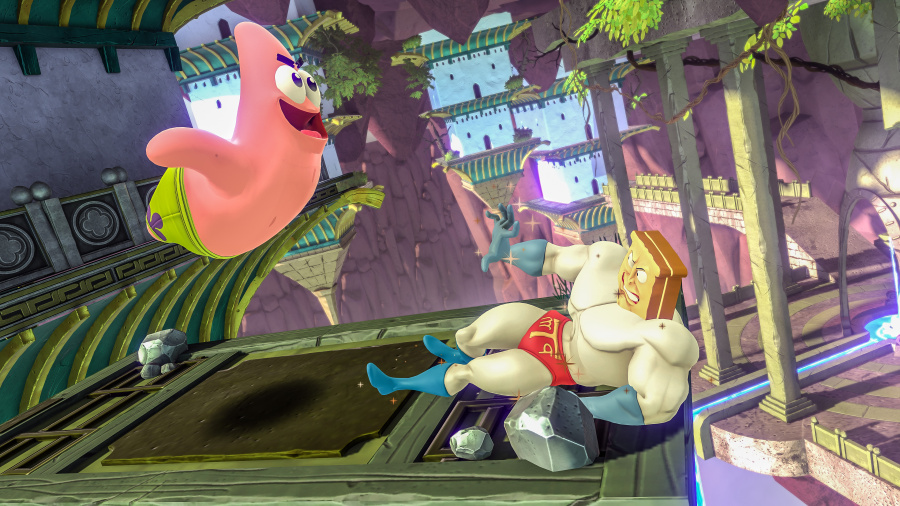 This is the best Super Smash Bros. clone we’ve ever played. Let us guide with it because it is absolutely true. Developer Ludosity has a top party fighter with them Nickelodeon All-Star Brawl, and that is an achievement that should not be sniffed at.

You hit hard and fast, with movements that are snappy and responsive. The characters are beautifully rendered and animated, but in a way that doesn’t interfere with the fighting. It’s great fun to clock all the gags: Patrick Star, for example, has his iconic “Is this the Krusty Krab?” “No, that’s Patrick!” Telephone slam as his side-heavy attack. That kind of fan service runs throughout the game, with each of the 20 stages loaded with references – we loved Mr. Horse space jogging at Ren and Stimpy’s ‘Space Madness’ arena. Contrary to its inspiration, there are no items, but that’s not a bad thing as it forces you to get better instead of relying on drops of luck.

Then why isn’t the score higher at the end of this assessment? Well, we speculate, but we believe there was a budget problem here. Menus are just static images and there are only a few modes: arcade, offline and online multiplayer, as well as a “Sports Ball” variant that reminds us of “Kung Foot” from Rayman Legends. There is a gallery where you can unlock individual images without enlarging them – pointless. All characters and levels are available from the start, so there is nothing to strive for. Worst of all, the game has absolutely no voice acting – yes, none. Not even grunts or moans. It’s amazing.

Unfortunately, these problems make the product seem cheap, which does the quality of the actual fights a great disservice. Again, it’s the best Smash clone we’ve ever played – we just wish Nickelodeon had shown some confidence in it.

Previous BPM: Bullets Per Minute is now available for Xbox One and Xbox Series X | S
Next Fortnite Birthday Presents Locations – where to find them and what to do