Come to Nidoking, don’t miss it.

Editor’s Note: We learned after the review was published that the reviewer’s experience was based on a three month old build of the game. A patch is being prepared for release day that may address some of the following concerns.

While there are some games that have elements of Pokémon in them, you don’t see many whole experiences attempting to mimic what the Game Freak Cash Cow has been doing for more than two decades. Monster Crown is an incredibly ambitious video game. It’s been in Early Access since July 2020, and with the 1.0 release scheduled for October 12th on Steam and Switch, I had the chance to put this more mature monster-catching RPG through its paces. Many of these steps were filled with frustration and a lack of polish that borders on ridiculous. Pokémon might not be flashy, but it works, it’s sharp, and the presentation is top notch. Opposite is Monster Crown, which is rough in a nutshell. If you fly too close to the sun, you can do that.

At the beginning of the story, you choose your character’s appearance and gender before being introduced to some of the basics Pokémon fans will be familiar with. At home on your parents’ farm, you learn that the world is full of monsters that you can tame through pacts with them. Monsters have their own desires to meet and live their lives, but there are individuals known as monster tamers who have the ability to make the above pacts and work side by side with different monsters. Stop me if you’ve heard this before. After your father has taught you the basics of pact formation and combat as well as the five types of monsters, you will receive your first major goal: bring the ruler of the humanism kingdom in the north a shining treasure. Adding monsters to your team and leveling them up is definitely a part of your journey, but you will always be assigned a specific goal or task as well. 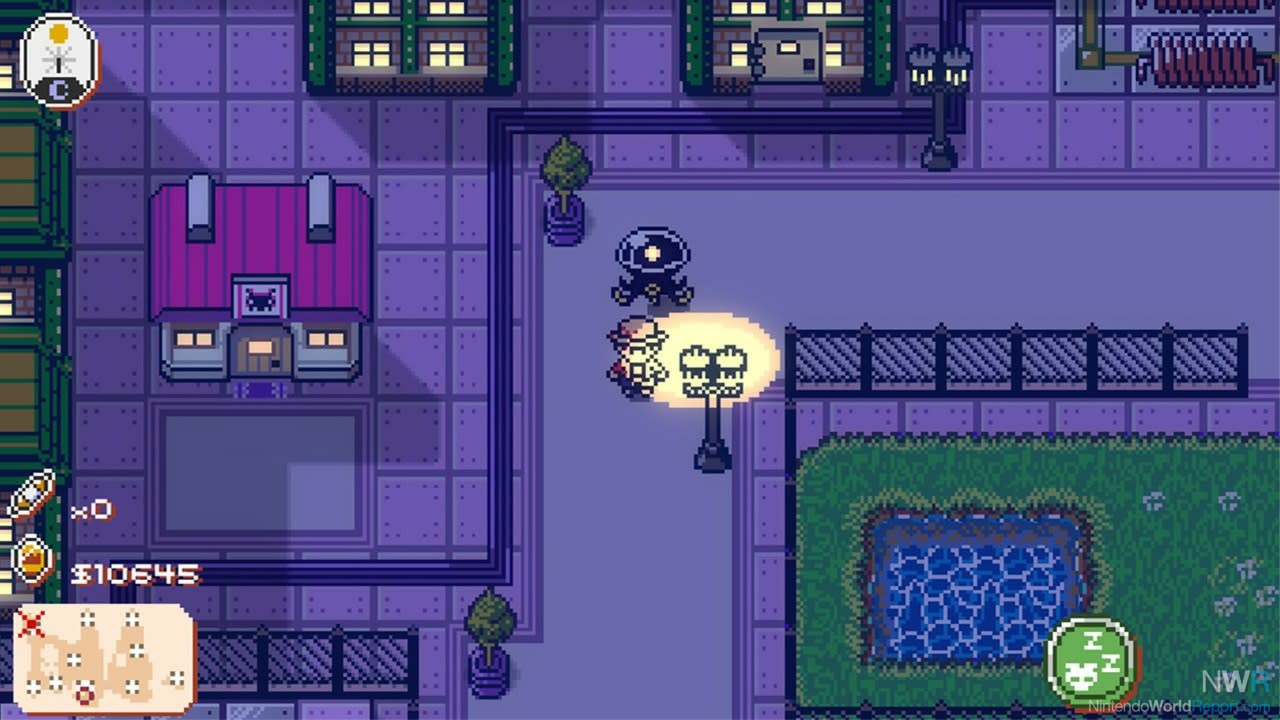 While the monster designs themselves are largely fine, few manage to stand out. You will initially have five to choose from, one of which is recommended based on a short personality test. I contradicted the test and chose Darwhol, a whale-like creature. On the positive side, there is no limit to how many times you can use each of your moves, but one of the monsters I caught started with two moves and didn’t learn another one even after going from level 5 to 29. With the Shared Party Experience turned on by default, I’ve found my party leveling up very slowly, so it may be worth turning it off to buff a monster or two first before attempting to level up your entire party evenly. Similar to the mainline Pokémon games, you have monsters that will join you by weakening them in battle and then using a “pact” item. Additional monsters are sent to a box that you can access in each city. So many regalia and environments are known, even a seedy casino to play and a powerhouse to explore, but then Monster Crown swings and misses the very basic video game and RPG basics. The fact that interesting minor elements, like the impact of your choices on the story, a mini-game for collecting cards, and special shapes of each monster, go largely unnoticed is proof of just how problematic Monster Crown is right now.

The cracks in Monster Crown show up in down-to-the-minute gameplay. The screen almost always jerks slightly when you move. Given the 2D top-down perspective, this issue is very noticeable, but minor compared to the issues below. The balance in terms of combat, monster strength and typing is far apart. Monsters above your level can be eliminated with a single regular attack. Enemy monsters that are many levels weaker than you can regularly knock out the members of your squad with one hit. You will also encounter a random monster roaming the overworld that can wipe out your entire team like you are a monster who is a total weakling. You never know if a fight with another tamer will be your last as most of them are pretty impressive, bringing with them four or even six capable monsters that your up to eight players could easily tackle. Did I mention that if you die or surrender you will lose all of the items in your backpack? I even lost what I consider to be the equivalent of the Master Ball in this game by fighting a second boss right after receiving the Ultimate Pact. The game is frozen on this screen too; I had to reset the game to move forward. Professor Oak, I’m not doing so well … 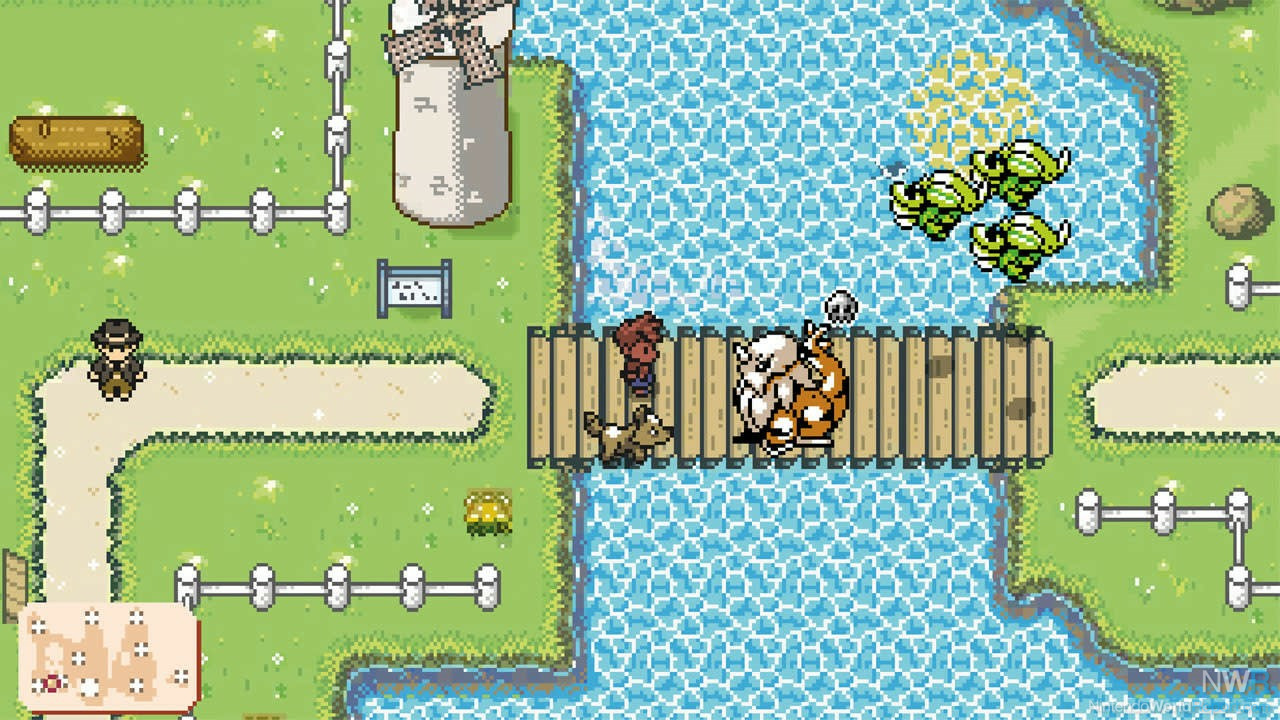 Now I can live with characters sliding through walls and both enemy and friendly monsters living at 0 HP and still able to attack. I draw the line on groundbreaking mistakes, however, and unfortunately, after about six or seven hours, I run into a Doozy. On a mission to regain secret powers from three cities on the continent, I was looking for the last one when I came across an endless, never-ending boss fight at the end of a dungeon. There is no way to exit the dungeon, defeating the boss is essentially impossible, and even if I defeat him, the fight will eventually start all over again. Strangely, in this situation that would normally bring up the main menu, pressing the + button would actually just re-enable the boss encounter. Since the game only provides a single save file, I will lose all progress if I restart from the beginning. As it turned out, I was apparently able to use the Ultimate Pact on this boss to capture him, but I had to try the pact-forming action multiple times. I don’t think I should necessarily, but I was happy to get out of a traffic jam and carry on until the end of the game.

My predominant feeling after rolling credits is that I could never really tell if an issue I encountered while playing was the result of a bug / glitch or a deliberate design decision. Aside from maybe MissingNo by Red and Blue, I’ve never been through a Pokémon game and associated programming errors with the game design. I mentioned a lack of polish in Monster Crown earlier, and I think that’s the fatal flaw. Different NPCs often have exactly the same dialogue; I found a building where all four people were literally saying the same thing. There’s plenty to see and do here, although the somewhat hasty story can be completed in less than 10 hours. However, it’s hard to feel compelled to dive back in after the game, considering the likelihood of something going wrong or not being delivered. 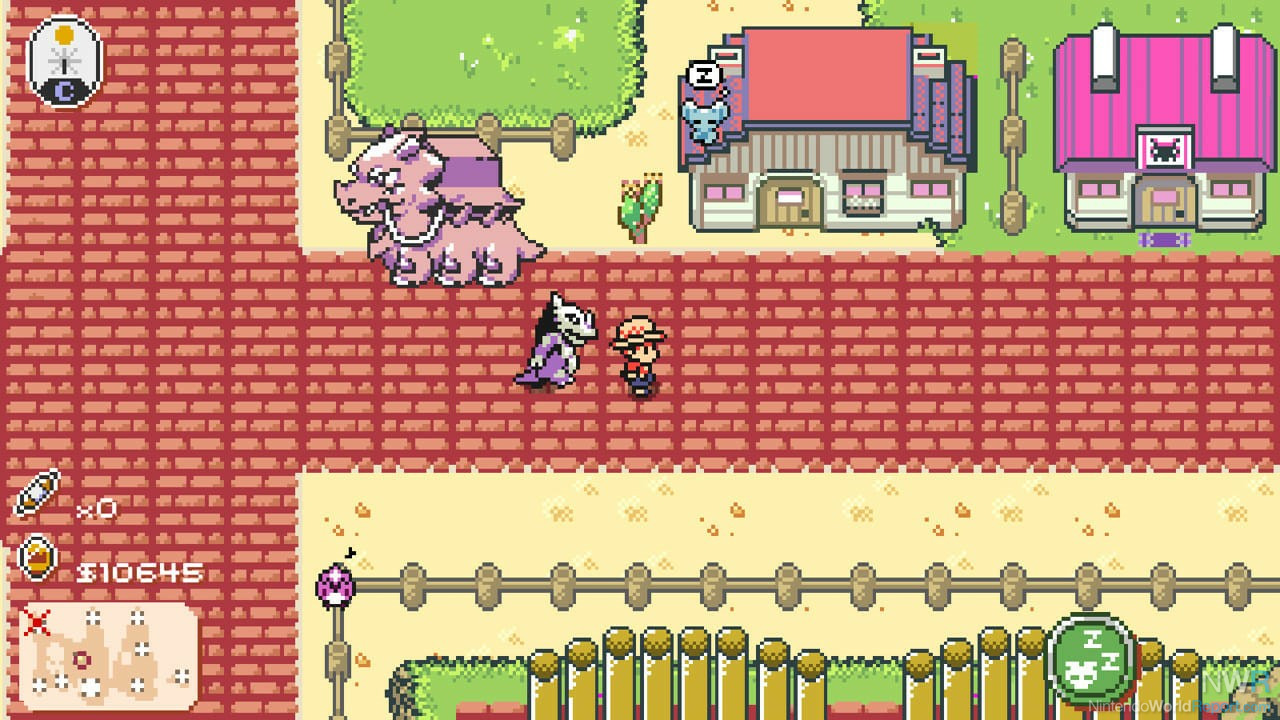 I also mentioned how ambitious Monster Crown is, and I give credit where it’s appropriate. Online fighting and trading, an intricate breeding system, and monster variants add to the longevity for those who really get into the game. Objects that give your monsters new movements, improve their statistics or perhaps create completely new monsters, are all on the lookout; Just don’t die before using them or storing them in an item box around town. As I read online about the game and its journey through early access, I can already see a bevy of dedicated fans digging into the little details and even helping with troubleshooting. The fact is, however, that listing on the Switch eShop means a game is ready and playable, and I’m not sure either of the two qualifiers would pass in court.

With over 200 monsters to collect, many of which can be traded in with various NPCs scattered around the map, a helpful fast-travel system around town, and some interesting story beats, I have no doubt that Monster Crown could be a brilliant and shiny game Example of how to make a Pokémon-like one. Unfortunately it is far from ready for prime time. Steam users are certainly more used to early access, and I’m sure they’ll enjoy being part of the process of fixing and improving a game they have high hopes for. The console audience can be more demanding, however, and it’s hard to ask Switch owners to pay money for a video game in this state. One day it might actually be worthy of a royal headdress, but now Monster Crown is way poorer than Prince.